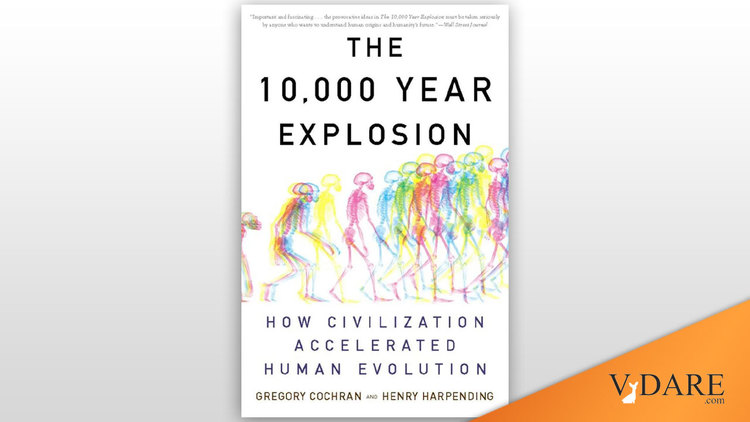 A widespread view is that, yeah, sure, human genetic evolution used to be important, but then we invented culture maybe 10,000 years ago when we invented agriculture, and since then it’s been all cultural evolution. Cochran and Harpending argued instead in the Ten Thousand Year Explosion that recent rapid cultural evolution brought about more selection pressure for genetic evolution. Today’s new paper is in line with their view.

Abstract
Characterizing the natural selection of complex traits is important for understanding human evolution and both biological and pathological mechanisms. We leveraged genome-wide summary statistics for 870 polygenic traits and attempted to quantify signals of selection on traits of different forms in European ancestry across four periods in human history and evolution. We found that 88% of these traits underwent polygenic change in the past 2,000–3,000 years. Recent selection was associated with ancient selection signals in the same trait. Traits related to pigmentation, body measurement and nutritional intake exhibited strong selection signals across different time scales. Our findings are limited by our use of exclusively European data and the use of genome-wide association study data, which identify associations between genetic variants and phenotypes that may not be causal. In sum, we provide an overview of signals of selection on human polygenic traits and their characteristics across human evolution, based on a European subset of human genetic diversity. These findings could serve as a foundation for further populational and medical genetic studies.

The hypothesis of Cochrane-Harpending in "The 10,000 Year Explosion" is corroborated. Human trait evolution has been very high during recent ky. https://t.co/zZPIaIlKJc