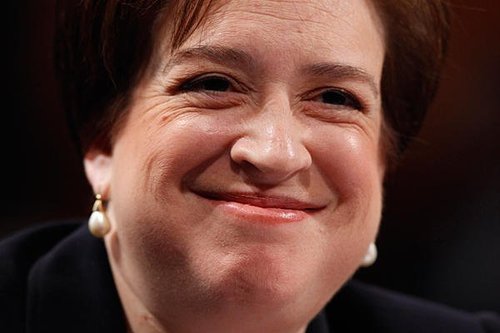 The homosexual marriage decree by the Supreme “Court” has provoked Accuracy in Media’s Cliff Kincaid to write his most important (and dangerous) column in years Celebrate the 4th: Impeach Kagan and Ginsburg July 2, 2015

Justice Antonin Scalia said in his dissent in the same-sex marriage case that the ruling was a threat to our democratic form of government and constitutes a “judicial Putsch,” or secret power grab…our form of government has been overthrown and another put in its place—a judicial dictatorship that is devoted to elevating to protected status a sexual minority seeking the abolition of traditional values

The critical part of the law in the gay marriage case is Title 28, Part I, Chapter 21, Section 455 of the U.S. Code, which is applicable to judges and courts. It says, “Any justice, judge, or magistrate judge of the United States shall disqualify himself in any proceeding in which his impartiality might reasonably be questioned.” These disqualifications include cases in which “he has a personal bias or prejudice concerning a party…”

Justices Elena Kagan and Ruth Bader Ginsburg had both officiated at gay weddings…Matthew Kidd, executive director of the Foundation for Moral Law, told Accuracy in Media that the failure by Kagan and Ginsburg to withdraw from the case leaves them open to impeachment and removal from the bench.

(This argument was laid out in more detail by Bob Unruh in Kagan, Ginsburg urged to stay out of marriage case WND.com 04/26/2015 to which I am indebted for the charming picture of Justice Kagan above.)

Kincaid then threw an even more dangerous bomb:

In the case of Kagan, an Obama appointee, she may have had a personal conflict-of-interest. This is a sensitive matter, but various reports indicated that Kagan was a known lesbian before she was nominated to the Court by President Obama. For example, the gay blog QueerTY had identified her as a lesbian. That would mean she was compromised on homosexual issues prior to her ascension to the bench and after she was confirmed. This is a conflict of interest that cannot be tolerated.

Whether the reports of her lesbianism are true or not, we know that Kagan had an extremely radical record as Dean of Harvard Law School (2003 to 2009) where she promoted homosexuality and transgenderism. Nevertheless, she was confirmed to the Supreme Court in a 63 to 37 vote.

Congress, however, can try to undo some of the damage by holding hearings into the possible impeachment of Justices Kagan and Ginsburg. This would be one way of getting to the bottom of Scalia’s sensational charge that America’s democratic system has been subverted and stolen from the American people.

Privileging homosexuals is not a VDARE.com issue. Kritarchy—rule by Judges—definitely is, especially now the Supreme “Court” is controlled by hostile Minorities. VDARE.com Editor Peter Brimelow foresaw this problem with Kagan when she was nominated: see Why It Matters If Elena Kagan Is A Lesbian May 17 2010

Impeachment is also a VDARE.com interest. We have been pushing, initially alone, to get it into the public consciousness since the Obamacrat abandonment of immigration law enforcement became blatant in 2011. On the obviously unsuitable Kagan I myself wrote Kagan: Filibuster now or Impeach later May 12,2012

It is good that the idea is spreading. Of course it is drastic, but it is the technically correct response to lawlessness by public officials.  And it is better than seeing people shot.