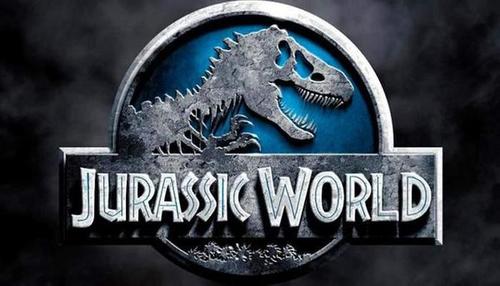 Not Many Central Americans Employed at Jurassic World

The entertaining fourth entry in the Jurassic Park franchise, Jurassic World, opens with a title card explaining that we are back on Costa Rica’s Isla Nublar, where a revivified dinosaur theme park is now in booming business, hosting 22,000 tourists per day. (Isla Nublar is fictitious, but there are similar islands in the Pacific, such as Costa Rica’s Cocos Island and Panama’s Coibas Island.)

You would think that this immense facility, with its thousands of jobs, must have given a much-needed boost to the Central American economy … except that there’s no evidence in the movie that any Central Americans are employed there.

It’s managed by Ron Howard’s redheaded daughter, Chris Pratt is employed as an Indiana Jones-style velociraptor trainer, BD Wong is the untrustworthy DNA expert, Vincent D’Onofrio is the Red State bad guy matched up with Chris Pratt’s Red State good guy, some Bollywood star is the owner, the control room is staffed by Jake Johnson, Katie McGrath is the snotty personal assistant who has an unexpected fate, and there’s even an East African guy who looks like Obama’s brother.

But virtually zero Latin Americans work at Jurassic World in Latin America. Looking at the IMBD cast list, it appears the highest featured Spanish-surnamed performer is Yvonne Angulo in 32nd place. I initially assumed the unlucky leader of the Asset Control Unit was a local, but then it turns out his name is Hamada and he’s played by an actor from Okinawa. And the first guy who gets eaten looked Latin America, but his only line is “Aaaaaaaaaaaaaaaaa!”

In contrast, many of the ticket buyers in the audience in North Hollywood looked distinctly Mesoamerican.

And J urassic World has sold a lot of tickets. It’s the highest grossing movie of the year at the domestic box office.

The audience skewed older (61% over 25: presumably, the Spielberg legacy) and whiter (54% white: superstar Chris Pratt is a small town Minnesota boy) than many lesser blockbusters: only 20% of the opening weekend audience was Hispanic v. 37% for Furious 7. The screenplay — which is credited (acrimoniously) both to director Colin Trevorrow (director of the fine 2012 Seattle hipster comedy Safety Not Guaranteed) and his writing partner Derek Connolly and to the husband-wife team of Rick Jaffa and Amanda Silver (who wrote the brilliant 2011 Rise of the Planet of the Apes but not the lowerbrow 2014 Dawn of the Planet of the Apes) — is quite clever. It’s aimed at highly intelligent 12-year-olds (Ty Simpkins plays the boy who stands in for executive producer Steven Spielberg, who first visited the Disneyland theme park in 1959 at age 12).

What’s interesting is that nobody notices the Hispanic Deficit.

A friend points out that Dwayne “The Rock” Johnson’s ascendance into box office superstar rank since he revitalized the Fast and Furious franchise three installments ago (here’s The Rock on SNL singing about his being Sequel Viagra) is largely due to ticket-buying Mexican-American dads seeing him as somebody they can identify with, even though he’s Samoan and African-American and not Latino at all.

At some point in the future, SJW logic will kick in and the Hispanic Deficit will become a cultural crisis. But at present, it’s not.