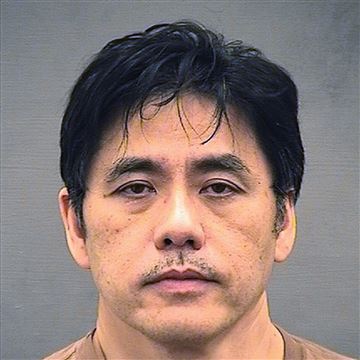 OUR INTELLIGENCE AGENCIES SEEM TO BE RIDDLED WITH TRAITORS, HACKS, AND INCOMPETENTS: Former CIA officer sentenced to 19 years for conspiring with Chinese spies; Jerry Chun Shing Lee is the third former U.S. intelligence officer to be convicted in less than a year of conspiring with the Chinese to give them national defense information.

That story has a number of interesting details, while leaving out the most important one—is he a Chinese immigrant or not?

A former CIA case officer was sentenced Friday to 19 years in prison for conspiring to provide American intelligence secrets to the Chinese government, in an espionage case that some current and former officials say dealt a devastating blow to U.S. intelligence operations.

Jerry Chun Shing Lee, 55, served 13 years as a Central Intelligence Agency case officer in several locations overseas, including China, where prosecutors said he had firsthand knowledge of some of the agency's most sensitive secrets, including the names of covert CIA officers and clandestine human sources in China.

Although the extent of his cooperation with the Chinese is apparently unknown, the case illustrates how aggressively China works to get its hands on U.S. secrets. Lee is the third former U.S. intelligence officer to be convicted in less than a year of conspiring with the Chinese to give them national defense information…

It's at this point that they should say if those other former intelligence officers were ethnically Chinese, or Chinese immigrants.

Lee admitted that in 2010 he met in Shenzhen with two Chinese intelligence officers who offered to pay him and "take care of him for life" if he would provide secrets he learned as a CIA officer. Over the coming months, he said, the Chinese gave him at least 21 separate requests for intelligence secrets.

A month after that meeting, Lee deposited $17,000 in cash into his bank account, even though he was operating a failing consulting business at the time. Federal prosecutors told Federal District Court Judge T.S. Ellis that the Chinese gave him a total of $840,000...

Recently, Ann Coulter said that the only thing a lot of these MSM stories can do is tell you that there is a story, and that you're going to have to go on the Web (sometimes to VDARE.com, by the way) to find out what's going on. I looked up this guy, and (surprise!) he is an immigrant.

Wikipedia's List of Chinese spy cases in the United States  says that Jerry Chun Shing Lee is a naturalized US citizen, which is once again a way of not saying "Chinese immigrant."  That's what the US Government said when they wrote up the charges.

I don't know if the other two cases were Chinese or Chinese-American, but I know which way to bet. Wikipedia's list of "accused by the government of the United States of spying against the United States on behalf of the People's Republic of China" (some of whom were eventually cleared) is almost all Chinese names.

To quantify that: in 35 cases involving 41 individuals, only six of the individuals and only four of the cases did not involve names like Ji Chaoqun, Yanjun Xu, Xudong Yao, Yi-Chi Shih, and Yujing Zhang.

So are the CIA and FBI watching out for this before it happens, or is that going to be called "profiling"?