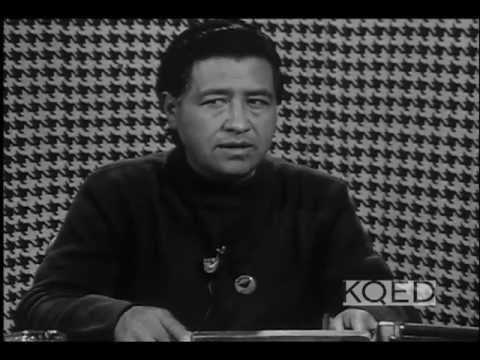 Blogger/historian Clayton Cramer pointed this out. He writes

For you young ones, Cesar Chavez was one of the heroes of good liberals. He created the United Farmworkers union, drove up wages, and organized boycotts of many agricultural goods to improve working conditions for his members. (And I participated in some of those boycotts in the 1970s.) Here he is on KQED, the public television station in Los Angeles, talking about the importance of keeping illegal aliens from crossing the border to break strikes:

The title of the video is "Cesar Chavez Used The Term "Wetbacks" and "Illegals" to Describe Migrant Workers from Mexico". Never mind the "term"—Chavez actually fought illegal immigration, and its use by wealthy farmers to keep wages of American (mostly Hispanic) farmworkers low. He's talking about why the UFW did its famous grape boycott: "As long as we have a poor country bordering California, it's going to be very difficult to win strikes as strikes are won by normally by other unions..."

A slightly longer video can be seen here. The date of the interview is October 12th 1972.