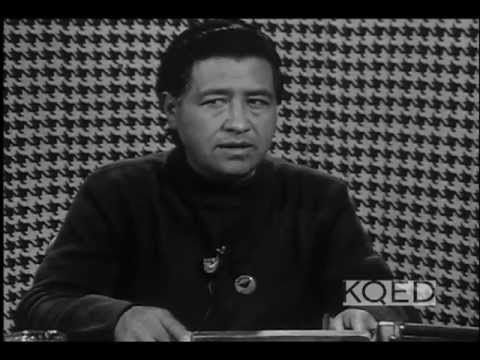 Question: Why Should We Honor Cesar Chavez? Suggested Answer: Because He Fought Wetback Labor!

One our friends writes:

If you have any Georgia readers, they might be interested in submitting an essay to GALEO (the Georgia affiliate of the open-borders movement) on “How has Cesar Chavez influenced your life and what impact will his work have on your future?” or “Why should we have a national holiday honoring Cesar Chavez?” by cribbing something from Sailer’s “Cesar Chavez, Minuteman” piece: see 2013 Cesar Chavez Essay Contest PDF . "It would be hilarious. The deadline is March 1.

Yes, Chavez was fighting for better wages for Mexican-American workers underpaid and abused by California growers. One way he did that was by helping the INS prevent the growers from importing wetbacks as strikebreakers.

Sailer wrote in the American Conservative that

During his prime, Chavez, a third-generation American citizen from Yuma, Arizona and Navy veteran, was an American labor leader fighting against the importation of strikebreakers from Mexico. But as power and praise went to his head, his image morphed into that of a Mexican mestizo racial emblem, the patron saint of the reconquista of Alta California by la raza.

In 2006, we automatically assume that America’s self-appointed Latino leaders—the politicians, campaign consultants, media mouthpieces, and identity-politics warriors—favor ever more immigration. Their influence and income flow from their claim to represent vast numbers of Hispanics, so the more warm bodies they can get across the border, the larger will be the ethnic quotas upon which their careers are based. But the union leader who is honestly battling for the welfare of his members—as opposed to the boss merely attempting to maximize the number of dues-paying workers—wants less competition for them.

Chavez’s essential problem was straight out of Econ 101, the law of supply and demand. He needed to limit the supply of labor in order to drive up wages. Just as American Federation of Labor founder Samuel Gompers, himself a Jewish immigrant, was one of the most influential voices calling for the successful immigration-restriction law of 1924, Chavez, during his effectual years, was a ferocious opponent of illegal immigration. [ “Cesar Chavez, Minuteman”, February 27, 2006]

Of course, this is stuff that Sailer had published on VDARE.com years ago:La Causa or La Raza By Steve Sailer on May 5, 2000.

In 1969, the UFW organized a march through the Coachella and Imperial Valleys in Central California to the United States-Mexico border to protest growers' use of illegal immigrants as strike breakers.

Chavez organized a march from the Coachella and Imperial Valleys to the United States-Mexico border to protest the use of undocumented immigrants from Mexico as strike breakers.

That's why I suggest the use of the uncontroversial term "wetback". A contest rule is that "To enter you must be a high school student or an adult residing within the State of Georgia. " It does not say that you have to be legally present in the United States. Entries are supposed to be submitted through the postal mail (see PDF for details) and should be mailed by March 1.

If anyone takes advantage of this opportunity, save an electronic copy and mail it to me at jfulford@vdare.com.