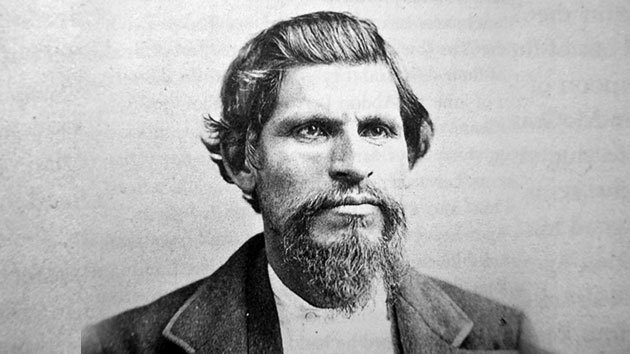 California School Named After Bandido Tiburcio Vasquez—"History Was Written by Mainstream Whites. It Wasn't Written by Californians or People of Mexican Descent"

The naming of a new school has become an occasion to disagree over a man's legacy. It's not surprising when you think about it - distinct peoples may have distinct heroes and villains. If present trends continue, we can expect a whole lot more of this sort of thing.

This is from the article Officials Defend Decision to Name School After Murderer (Fox News and Commentary):

A California school district is defending its decision to name a new elementary school after an infamous murderer – by calling him a hero and a role model to children. The decision has infuriated many parents and law enforcement officers.

The Alisal Union School District in Salinas agreed to name the new school in honor of Tiburcio Vasquez – who was eventually hanged for killing at least two people in the nineteenth century.

“Tiburcio Vasquez, along with others, was an individual who was a revolutionary,” Ramierz said. “He was not okay with the oppression.”

Vasquez “was probably the most notorious bandit California ever saw,” according to the University of Southern California library. He was 14-years-old when he committed his first crime – stabbing a constable.

In 1875 Vasquez was convicted of two murders and subsequently hanged. Other historical records indicate he may have killed as many as six people – including a law enforcement officer.

“He took from the rich and gave to the poor,” Francisco Estrada told KION. “He was your inspiration of Zorro.”

Estrada sat on the naming committee for the new elementary school and said the convicted murderer was a good man who should be a model to the youth of East Salinas.

He said Vasquez was simply misunderstood.

“Mr. Vasquez, number one, was not a murderer,” he told the television station. “He was framed by the system at that time.”

“The history was written by mainstream whites,” he said. “It wasn’t written by Californians or people of Mexican descent. When do we have our history written by us? When do we stop having our heroes branded as villains?”

Ramirez told Fox News that Vasquez is a role model to Mexican-Americans.

“When you have individuals who have been struggling for so long, dealing with oppression and systematic opporession, then you bring up leaders who have fought against resistance, of course they are going to be role models to you,” he told Fox News. “Vasquez is an indivdual who did that prior to us — who can be sort of a hero to us.”

But some local officials said they have a problem with naming a school after a violent criminal.

“You would not name a school Charles Manson Elementary, Ted Bundy Middle School or Bernie Madoff High,” one parent told the school board.

“I don’t like the idea of naming the school after a criminal,” councilman Steve McShane told The Californian. “There’s a big difference between naming a school after people in our history who have shown leadership and courage – and those disrespectful of common laws and decency.”

The incoming mayor of Salinas suggested there were plenty of other people in the community to name the school after – who did not have criminal records.

“We’re a city fighting crime,” Mayor Joe Gunter told KION. “We don’t want to be honoring people who are criminals. We want to honor good people.”

Ramirez blasted the mayor’s response and suggested he had no idea what he was talking about.

“He needs to learn history,” he said. “He should not be making comments based on what he finds on Google.”