Bubbas with Beards: Chechens in ISIS 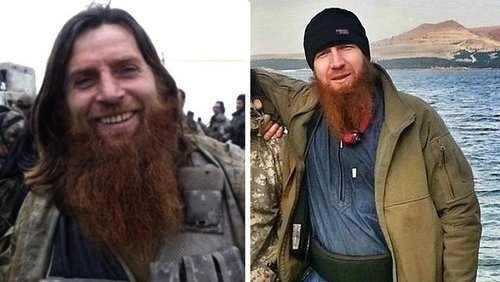 I haven’t been following as closely as I should the whole contretemps involving … ISIS? … ISIL? (ISIS, ISIL, USIS, USIL / Let’s call the whole thing off). But one interesting aspect is that a lot of the sharp edge of ISIS’s sword is comprised of its Chechens, rebel raiders exiled by Ramzan Kadyrov’s consolidation of power under Putin.

So even though Ramzan Kadyrov’s puppet regime in Chechnya looks like some kind of zany reality TV show, it’s also extremely serious stuff.

Chechens can be spectacular light cavalry fighters. Some have a huge amount of experience fighting the Russians, but they were already potent 20 years ago when they lured Yeltsin’s tanks into downtown Grozny, then routed them from high-rises, from above the angle the tanks could elevate their guns.

I’m extremely serious about never letting any more Chechens into this country. Man for man, they are the scariest combination of craziness and competence of the last generation.

The good news is that I get the vague impression that both the Bush and Obama Administrations have agreed with this appreciation, which is why the population of Chechens in the U.S. is barely over 100.

The bad news is that in our current culture, nobody is supposed to mention out loud that about half the great Russian writers in history (Pushkin, Lermontov, Tolstoy, and Solzhenitsyn) have gone out of their way to compose tributes / warnings about Chechens.

So it’s easy to imagine this apparent tacit understanding in the federal government being forgotten when some key official or two retires. If you can’t write things down, it’s much harder to remember them.