Social Justice Thought Police Out to Get Authoress of "Gone Girl" 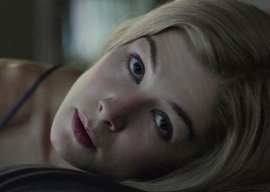 The vilification of Ms. Flynn for writing a work of fiction that betrays Team Women reminds me of what sportswriting would be like if nobody kept score during games. Every day you’d discuss how everybody knows your team really won last weekend’s big game and anybody who says the other team was better is an anti-teamist, and you really, really take their hate-filled hatefulness personally.

Fortunately, in sports we keep score, so we have some objective means of determining what actually happened. And then we can move on.

Some of the feminist rage at Flynn is due to her being a nice-looking, happily-married, heterosexual mother of two whose imagination is clearly far more in touch with the concerns of most women than are those of the self-proclaimed leaders of women.

Flynn, a canny businesswoman, recognizes that down through history, both sexes have on the whole preferred stories in which their own sex furnishes the antagonist.