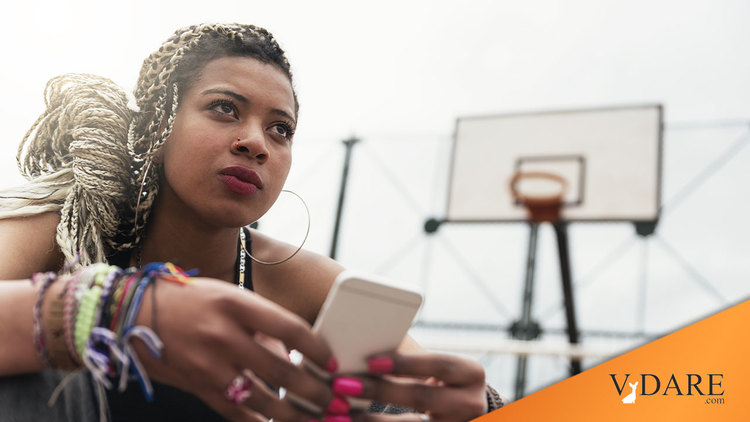 Critical Race Theory is anti-white racial hate. That’s it. Nothing else. So a study by a Leftist institution showing the fewer whites in a community, the lower the life expectancy is proof of white privilege and racism (in their eyes).

In our eyes, it’s proof that the more blacks in community, the lower the quality of life.

Earlier this year, the National Center for Health Statistics (NCHS) published data showing a 1.5-year decline in national life expectancy in 2020, largely due to the COVID-19 pandemic, which took the lives of approximately 375,000 Americans that year. The NCHS reported that white Americans’ life expectancy declined by 1.2 years; for Black Americans, that number was 2.9 years.

The causes of these racial disparities are hotly debated, and many fixate on the role of individual behavior—for example, a recent Brookings analysis cited vaccine hesitancy as a key driver of disparate death rates. But while personal behavior matters, social determinants of health at the local level play an outsized role. Because de jure and de facto segregation concentrated Black Americans in specific locales, racial injustices have occurred through place-based discrimination: disproportionate exposure to pollution and hazardous waste, harmful zoning practices, and post-disaster displacement, to name a few. Rather than blaming Black people for their suffering, the conditions of place must be examined to understand the mechanics of racial discrimination that contribute to that suffering.

As a result of this bias and devaluation, once-successful Black neighborhoods often undergo cycles of disinvestment and disrepair, priming them for gentrification. In addition to undermining Black wealth for individuals and the community, this devaluation also erodes tax revenue via property tax, which compromises the ability of localities to adequately fund public goods and services. White neighborhoods benefit from the opposite dynamic, wherein homes are overvalued relative to the tax-assessed value. Our team has also established evidence that these same undervaluation issues are found in regards to Black businesses.

Since neighborhoods are often the starting point of the social determinants of health we explored in our report, accessing “better” neighborhoods—neighborhoods with cleaner air quality, more green space, higher public expenditure on public goods—can add years of life.

To be clear, we believe there are many social and political benefits to having more racially integrated neighborhoods. And we strongly object to the many ways that white enclaves of wealth use restrictive zoning, real estate steering, and other such practices to make it harder for Black people to move into the neighborhood. But Black people should not have to attach themselves to places that benefit from white privilege in order to flourish. Living in a Black-majority neighborhood should not be a death sentence imposed via lack of public investment and the kinds of “boundary maintenance, opportunity hoarding and stereotype-driven surveillance” patterns that Cashin describes.

As we slowly recover from the intersecting health and economic crises caused by the COVID-19 pandemic, it is essential to advocate for the kind of public investment that will create greater equity and allow for everyone to live healthily—regardless of their race or place.

White people creating thriving communities, and the greater the percentage of blacks in the community, the lower the life expectancy. A Leftist study proved it, and then blames white people for the crime of creating better neighborhoods than blacks can create.

Why is low expectancy so low in black neighborhoods? Because it’s a reflection of what black individuals collectively create in the absence of white people.