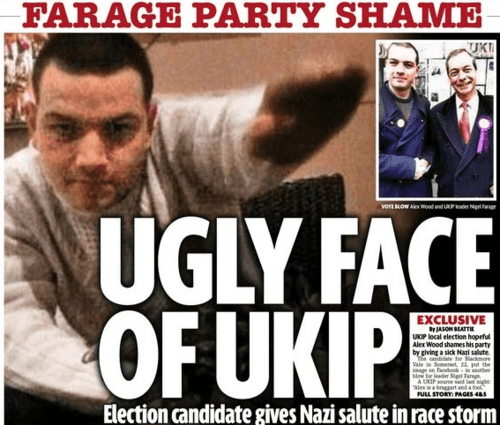 British Newspaper Apologizes For "Nazi" Smear—Which Could Have Got UKIP Supporter Arrested!

The Daily Mirror has apologized to a UKIP activist after smearing him as a Nazi. 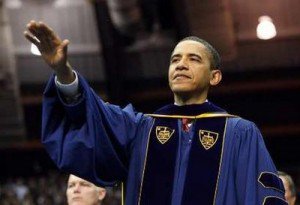 In 2013, the newspaper not only claimed the young man uttered pro-Nazi sentiments, but also published a photograph supposedly depicting the man giving the Nazi salute.In fact, he was reaching to stop an acquaintance from taking a cellphone picture.  As James Fulford has written "Any one who allows his arm to rise above his shoulder in public can be photographed like this–the one exception is John McCain–during his time as a POW, he was injured so badly by North Vietnamese torturers that it’s physically impossible for him to raise his arm above the shoulder."

The story and photographs were false. But forget about that. We expect it from the anti-British media.

More frightening than the hit job is this, as Breitbart London explained it: "police cleared Mr Wood of the allegations against him." Daily Mirror Apologises for UKIP Candidate ‘Nazi Salute’ Smear… TWO YEARS LATER, by Raheem Kassam August 7, 2015.

Wait a minute? Cleared him?

Yes, cleared him. For a white Briton, preferring his own kind, or least saying it publicly, and denouncing the invasion of brown-skinned immigrants and their depredations is a crime. Recall what happened to the man who posted "malicious comments" about Muslims after a pair of Mohammed's finest decapitated British soldier Lee Rigby in London.

And if we don't stop the invasion in this country, we can expect such speech to become a crime here. It's already against the law to refuse a business relationship with homosexuals, as myriad stories about Christians who refuse to bake cakes and take photographs for homosexual nuptials well shows.

When will liberals make it a crime to speak out against Sharia law in American courts or even Islamic terrorism in our cities?