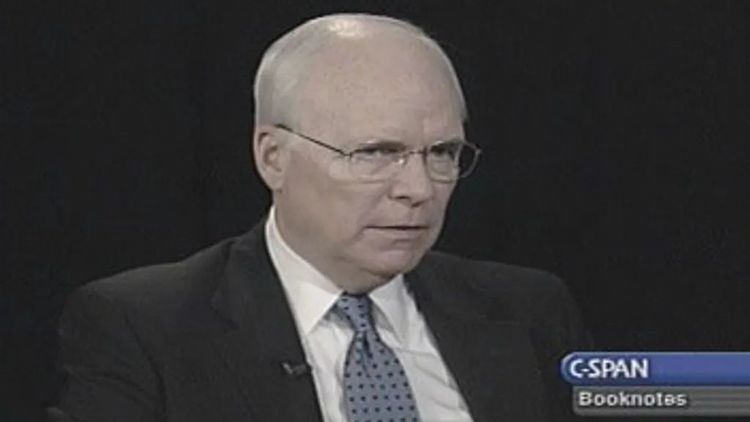 Brian Lamb's Good Question On Amnesty: “Any Evidence…That People Are Actually Voting For One Of These Parties Because Of These Deals?"

https://www.c-span.org/video/?173558-1/invasionC-Span's Brian Lamb always asks the good questions on Booknotes. Sometimes they seem mindlessly simple, in that you think he’s asking something that not only he should know, but that everybody should know. It’s probable that if he had someone like Irish dairy farmer-turned-economist Raymond D. Crotty on to ask about his theories, he’d say to him: “Raymond, what is a cow?” (Steve Sailer explains this here.)

In this December 8, 2002 interview [Watch it] with Michelle Malkin, the question is about Hispandering:

LAMB: Are there votes in all this?

MALKIN: Well, yes of course there are. You know you amnestied millions of illegal aliens who then find their way onto American citizenship.

LAMB: Any evidence that this has happened in the past—that people are actually voting for one of these parties because of these deals? [Emphasis added—Brian Lamb never emphasizes anything.]

That's the question no one at the RNC is asking. The answer, as many of you know, is that whoever does the pandering, the amnestied illegals will vote Democratic. More context below, or read/watch the whole thing.

LAMB: Is one party better than the other?

MALKIN: No. No, and again that is a huge theme of this book is because I take a pretty brutal pen to both parties and not just with regard to the travel industry but also with regard to political pandering in order to keep our borders as loose and lax as possible. The Democrats - we talked about the Citizenship USA Program where the Democrat Party was essentially trying to beef up its voting rolls by loosening safeguards for citizenship.

And, in my opinion, I expect that but to see the Republicans' adherence supposedly of the rule of law trying to out-pander the Democrats now and who are now, many Republican Party leaders championing things like amnesty for illegal aliens, I just find that totally mind boggling.

LAMB: Are there votes in all this?

MALKIN: Well, yes of course there are. You know you amnestied millions of illegal aliens who then find their way onto American citizenship.

LAMB: Any evidence that this has happened in the past—that people are actually voting for one of these parties because of these deals?

MALKIN: Oh, well you know that's a funny thing because all the evidence shows is that it almost invariably benefits Democrats and so it's incredibly stupid for the Republicans to think that they're going to benefit in any way from this, and in fact, it's my contention that eventually there will be a huge backlash because it's not only native born Americans and conservatives in the Republican Party who are getting fed up with this kind of sellout of citizenship but also naturalized Americans and their families as well.

And since the book has come out, I've heard from so many of them say they don't understand, for example, why President Bush even after September 11th joined Dick Gephardt and Tom Daschle is espousing amnesty for illegal aliens when we know for a fact that these very amnesty programs have been abused by terrorists.