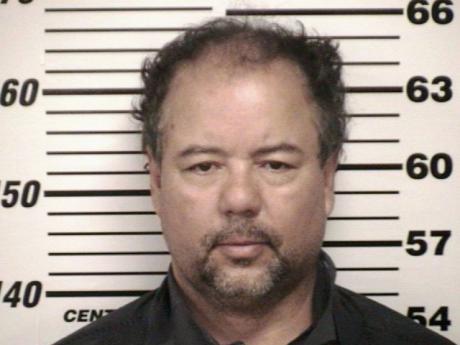 His name is Ariel Castro, although two other Puerto Ricans are also charged.

A search for "Ariel Castro" produces this result:

As search for "Ariel Castro" AND "Puerto Rican" produces this result:

When someone from a minority group is charged with a horrible crime, they call him by the name of his city or state. (A Viriginian turns out to an Arab, an Alabama a Vietnamese immigrant.) Ariel Castro is Cleveland man.

A search for "Cleveland Man" "Ariel Castro" produces this result:

However, the top result for the search for "Ariel Castro" AND "Puerto Rican" is from an actual media outlet, and actually simply tells the story in the headline:

That's not from a blog, or a white nationalist message board, that's from Voxxi.com, which turns out to be a Latino news site, calling itself an

independent voice for Hispanic America, committed to transforming the digital media landscape and catapulting Latinos into the forefront of American dialogue.

So beccause they're a Latino site, they feel free to simply say that a Puerto Rican is the suspect, because that makes it Latino news, where as the regular American media sneaks it in on paragraph seven.

This is something we've seen repeatedly with Indians in America who either (a) kill their whole family or (b) are found to be keeping slaves in their basement.(There are at least three known cases of Indians doing this.)

The American press will call an Indian slaveholder a "Long Island Millionaire" and the Times Of India will say "Indian Man". See these two links on slavery:

And these three cases on Immigrant Mass Murder, familcide variety: