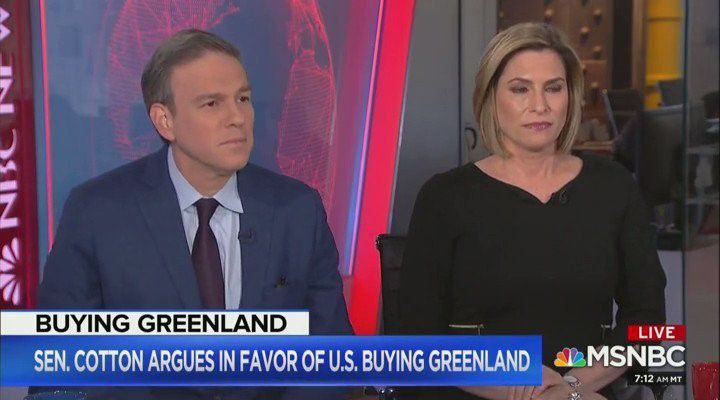 Bret Stephens: "Call Me a 'Bedbug' to My Face"

Here’s Why The Professor Who Called Bret Stephens A Bed Bug Would Do It Again
August 27, 2019 By Ari Feldman

The class usually begins with students discussing recent instances of public figures making significant strategic communication mistakes. Possible grist for the mill — and this is just from white men — could have been Donald Trump’s flip-flopping statements on gun regulation or the trade war with China; Brazilian president Jair Bolsonaro being forced, following international outcry, to address fires in the Amazon; or Tucker Carlson calling white supremacy a hoax, which has led some companies to boycott his show.

Then, on Monday evening around 10 p.m., Karpf, a professor of political communications at George Washington University in Washington, D.C., got an email from Bret Stephens, columnist for The New York Times. Stephens had found Karpf’s joking tweet suggesting that an outbreak of bed bugs in the Times newsroom was a metaphor, and that Bret Stephens was that metaphor. (Because, as Karpf explained, Stephens’ columns are bad, but they can’t seem to get rid of the guy.)

So Stephens emailed him, challenging Karpf to come to his home and call him a bed bug to his face….

Karpf says that he only shared the email in the first place because Stephens cc’d the provost of George Washington University. Karpf believes that this was a blatant attempt to land Karpf in hot water with the school administration, (Stephens has denied this) an attempt that patently failed: …

Stephens could hardly have picked a worse target. There’s the fact — the first thing that comes up on Google when you search for “David Karpf” — that Karpf teaches what not to do with your digital communication strategy. He likened Stephens’ faux pas to the Streisand effect, named for when Barbara Streisand sued a photographer for including a picture of her home in a public database, thereby drawing international attention to the picture.

But also: Karpf can’t get fired for this.

“This is funny because I’m a tenured white guy, which means there’s very little he can do to hurt me,” he said, noting that he feels he has not received as nearly as much hate mail he would have gotten if he were a woman.

In the course of defending his email on MSNBC, Stephens said that “being analogized to insects … goes back to a lot of totalitarian regimes in the past” — widely assumed to be a reference to the Holocaust. Stephens, who is Jewish, has written many times about his Jewish ethnicity.

Bret Stephens goes to MSNBC to comment on the bedbug situation, saying the rhetoric is “dehumanizing and totally unacceptable.” He also says that there’s a “bad history” of “being analogized to insects that goes back to a lot of totalitarian regimes”

Karpf, who is also Jewish, said he didn’t realize that Stephens was Jewish.

“Stylistically, his work often seems very WASPy to me,” he said.

But Bret Stephens isn’t going to let this go:

.@BretStephensNYT on quitting Twitter after being called a “bedbug”:

“Analogizing people to insects is always wrong … Being analogized to insects goes back to a lot of totalitarian regimes in the past." pic.twitter.com/Iyh9PpK2HS

As everybody knows, you can’t let wacko extremists like Steve Sailer, with his volatile personality and complete lack of a sense of humor, have any kind of platform. The Conversation must only include super-stable unbiased well-rounded individuals like Bret Stephens who never ever fly off the handle in a demented rage.