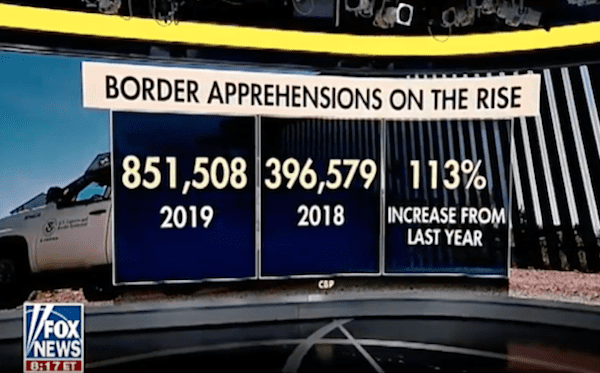 Border Arrests of Illegals Are Double That of Last Year

The new Border Patrol commissioner, Mark Morgan, appeared on Fox News’ morning show on Thursday to discuss what’s happening down on the edge of the third world. The upshot is that the aliens keep coming, with more than double the arrests compared with last year. Unfortunately, the arrests are quickly followed by releases, so the number of illegal aliens continues to increase in the country. 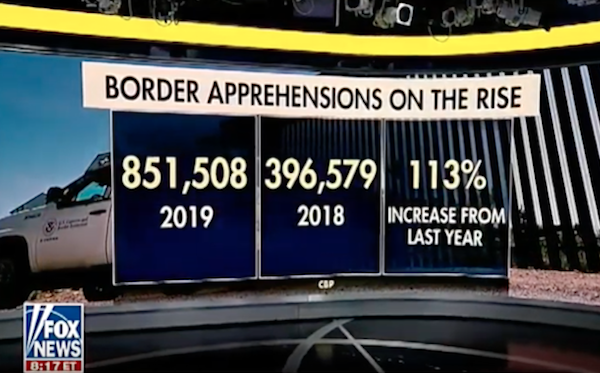 It’s crazy that asylum is still permitted when 90 percent of Central Americans applicants are found to be ineligible. A program that riddled with fraud should be shut down, period. An asylum claimant is supposed to have a “well-founded fear of persecution,” not just be a poor person who wants to grab a first-world life.

On a planet with nearly eight billion people, it would be better for all concerned if America’s outdated do-gooder policies were ended. Third world people should think in terms of working for reforms at home rather than escaping to the US or Europe.

STEVE DOOCY: There’s some new data out that shows the number of illegals arrested at our southern border more than doubled this past year, compared to the year prior to that.

BRIAN KILMEADE: All right, here reacting is the acting CBP commissioner, Mark Morgan. First off, why are you still acting? How come you haven’t gotten the job yet?

A little strange, you’ve done an incredible job — it seemed like a short time ago you were here, but the numbers are still staggering. How do you wrap your head around it?

MARK MORGAN: So Brian, that’s right, and I think that’s a key for the American people to know that even though in the last four months, this president, this administration everyone with CBP and ICE and other agencies have done a credible job, incredible success, the numbers have gone down for last four months but still the numbers from last year over almost doubled last year and right now our apprehensions per day are still 1400. Those numbers are still unacceptable; we still have a lot of work to do.

DOOCY: And and one of the things the president always touts is the fact that we’re building a new border wall on our southern border but explain how and this has to do with the gigantic number of drugs still being smuggled into the country, how smugglers are using building the wall to distract people from what they’re up to.

MORGAN: Yes Steve, so that’s a great point for a couple different ways one is, it does. It shows that the cartels and the human smuggling they change what we call TTPs — techniques, tactics and procedures. Every time we we find out a new way that they’re using to get drugs and people in the country then as soon as we shut that down they come up with new one.

So now, yep, they’re dressing up as construction workers and using that to get around. And what the American people need to understand is this just isn’t about the migration crisis: it’s also the national security crisis. We seized 750,000 pounds of drugs. Last year 68,000 people in this country died from a drug overdose — that is a national security crisis.

AINSLEY EARHARDT: They’re dressing up as construction workers, and then they’re climbing the wall?

MORGAN: No Ainsley, they’re going around the wall.

EARHARDT: How did you discover that they weren’t actual construction workers?

MORGAN: Well that’s what the Border Patrol and other federal agencies do every single day. We’re gaining information, we’re getting intelligence, we have sources, and we’re out there on the front lines — we figure it out. This isn’t new to us; they try all kinds of those TTPs to illegal enter this country. But again the American people need to understand when we talked about the wall, for example, it’s not to stop law-abiding citizens or immigrants to come here to have a merit-based claim.

This is to stop illegal immigration and, just as important, to stop the drugs from pouring into this country, killing 68,000 people last year.

KILMEADE: Yeah you have 276 miles under so-called pre-construction. You want 450 by the end of the year but the numbers are unbelievable — up 113 percent from 396 to 851, and it would have been so much worse had the triangle countries and Mexico not cooperated — more cooperation than in Congress.

MORGAN: Brian, that is absolutely 100 percent, and again all your viewers right now should be disgusted at that. We have government of Mexico and the northern triangle countries stepping up, seeing this as a regional crisis and doing more to address this humanitarian and national security crisis than our own Congress. Our Congress has sat idly by while other countries have stepped up and done more. Meanwhile drugs and illegal aliens are pouring in our country

KILMEADE: I wonder if the president’s going to consider restoring the aid to Guatemala and Honduras and El Salvador. Do you know?

MORGAN: So we are and here’s the area but we’ve got to make sure that that aid going there is that we have our finger on the pulse to make sure it’s going to exactly where it should be going — to beef up their asylum capacity, to beef up their interior enforcement, to go against the human smuggling and the cartels there.

EARHARDT: Mark Morgan, thank you for joining us.