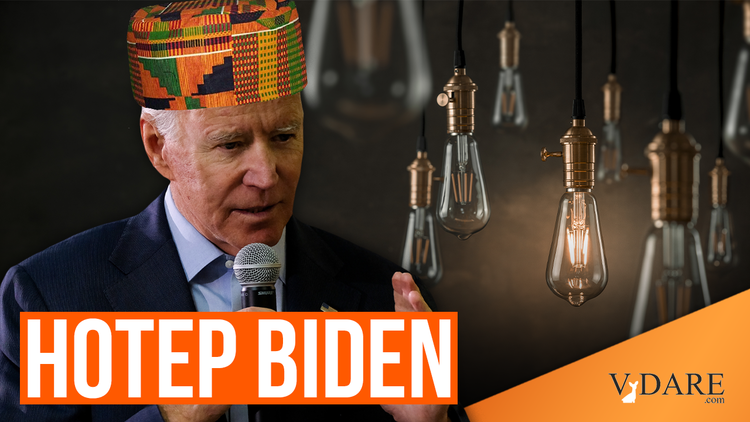 24 Hours Later, Who Has Reported That Biden Is Hotep-Pilled on the Light Bulb Question?

24 hours later, news coverage of Joe Biden’s assertion, after talking to Jacob Blake Sr., at a Kenosha campaign event that, “A black man invented the light bulb, not a white guy named Edison” remains spotty, divided by class and partisanship.

If you were in the news media business to make money, this story would be an obvious click-magnet: The Democratic candidate for President has been Hotep-pilled on the light bulb question!

On the other hand, if your chief priority were to drive Donald Trump from office, in part by not saying anything remotely interesting about Biden, you’d try to bury the light bulb story.

Hence, the London tabloids are all over the story, as is the tabloid New York Post, and the pro-Republican opinion press.

But I haven’t found any mention yet in the New York Times, Washington Post, Guardian, or other broadsheets. Nor in NPR or the broadcast network news websites other than Fox. The AP doesn’t seem to have covered it.

It’s almost as if it never happened.