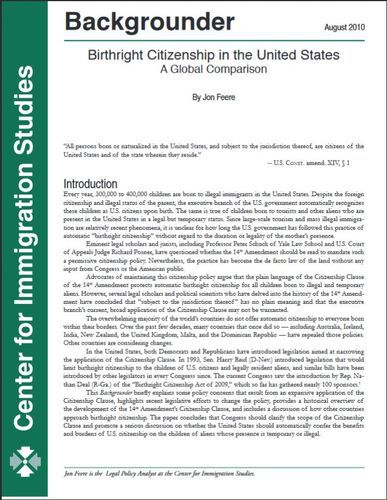 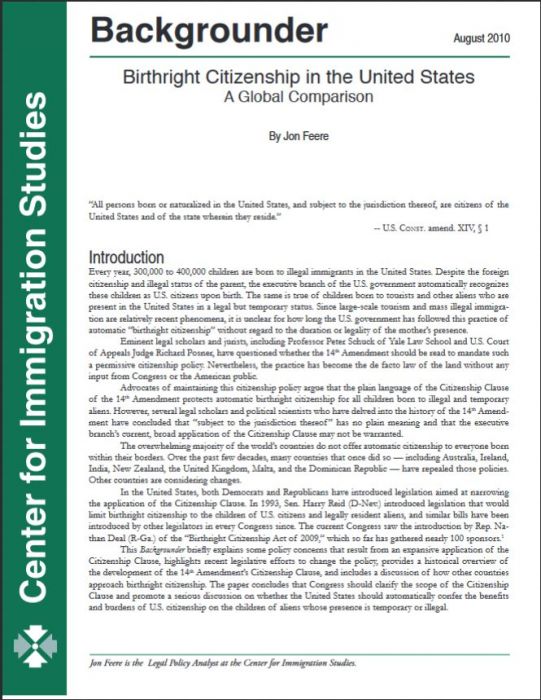 I have mentioned before, rather often I think, that, to quote the Center for Immigration Studies,  "Of advanced economies, Canada and the United States are the only countries that grant automatic citizenship to children born to illegal aliens."

All that is perfectly obvious. We have argued the case many, many times here at VDARE.com. So what's up with the U.S.A. and Canada, keeping up this foolish policy?

Whatever you think is the answer to that, it may not be the U.S.A. and Canada much longer. Last weekend at the biennial convention of Canada's Conservative Party delegates passed a resolution changing the party's policy book to say, quote:

We encourage the government to enact legislation which will fully eliminate birthright citizenship in Canada unless one of the parents of the child born in Canada is a Canadian citizen or permanent resident of Canada.

This is not a fringe party. The Tories had a majority in Canada's parliament from 2011 to 2015. They are currently the second-biggest party in Canada's lower house, with 96 seats, and likewise in the Senate with 32 seats.

Birthright-citizenship-wise, it may soon be America alone. Then we'll be getting all the obstetric tourists instead of just half of them.