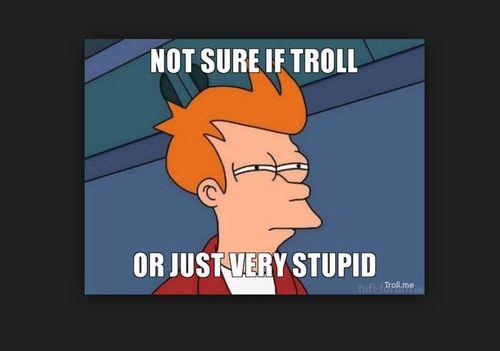 Trolling, both in person and online, has been a specialty of the troupe, from appearing on local news TV in blackface for stories promoting online GPS dating, to trolling TED talks, clad in plastic Roman armor, in auditoriums full of do-gooder millennials. Other notable trolls include a piece written at Jezebel during the height of the Gamergate hysteria [Man who terrorized Brianna Wu Says He Was Just Kidding Around, by Anna Merlan, Jezebel, February 24, 2015]. More recently, there was a local TV news troll where Sam Hyde claimed to have been playing online games with Vester Flagagan.

In the wake of the shooting in Oregon, Sam Hyde and his large base of followers on Twitter tried once more to grab the attention of the Main Stream Media for the purpose of a good laugh, some even doctoring up images of fake news headlines from VICE identifying Sam Hyde as the shooter. So many people RT'd the image, I did too.

When press thought it was a white guy, whites are to blame for #OregonShooting. Now, of course, it's guns' fault. pic.twitter.com/muN8x9rAgw

I realized the absurdity when I recognized the name about a split second afterward, but, well, it was too late.

Some have called it distasteful to try to take advantage of such tragic situations, especially for the purpose of comedy, but Hyde doesn’t feel that way. Hyde told VDARE.com: “Dead kids? Need more gun control now. Also, check out that salon.com article about how pedophilia is normal. Peace. Also f*** Jim Carrey.”

Whether one agrees with the method or not, the point is that Million Dollar Extreme is showing how easily phony Narratives are created by the MSM and accepted by the public. We are served up prepackaged emotional propaganda and too good to be true fairy tales about equality. These fables are used to push a political agenda even though they always fall apart in the weeks to come (what we here call Narrative Collapse). By that point, it's already too late.

The result of MDE's work is that normal people are becoming more cynical about the MSM, which is a good thing. It's impossible to tell the difference between an MDE trolling operation and a real headline at SALON.

After all, what's trending on Twitter right now? An old report from NBC arguing "White Americans are the biggest terror threat in U.S.: Study" [June 24, 2015] The shooter yesterday was not a white guy, but white guys are to blame.

It's hard to do satire in a society that's already beyond parody.