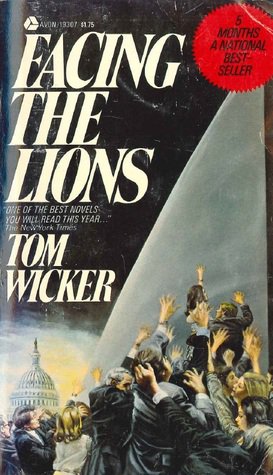 [Morgan] hung up, knowing it was hopeless.  Hinman's new activities would erase within weeks any lingering memories of his past.  It was the genius of America that all time was present time; the past existed only in the shadows of the soul, where even in its invincibility it need never be acknowledged.

But Wicker and his narrator didn't anticipate YouTube, Facebook, and the rest of today's electronics-driven information tsunami.

In a timely example, leading immigration-reduction organization NumbersUSA is making good use of part of the past that still exists on video, specifically an 83-second clip from Bill Clinton's State of the Union speech in 1995.  The clip is at their Facebook page—viewable even if you don't have a Facebook account—bracketed between a label above, "Bill Clinton said this in 1995 and got a STANDING OVATION," and a label below, "Trump says it in 2016 AND HE'S A RACIST?" [Capitalization as in the original]

Here's what Clinton said during this clip, as I transcribed it:

All Americans, not only in the states most heavily affected, but in every place in this country are rightly disturbed by the large numbers of illegal aliens entering our country.  The jobs they hold might otherwise be held by citizens or legal immigrants, the public services they use impose burdens  on our taxpayers.  That's why our administration has moved aggressively to secure our borders more, by hiring a record number of new border guards, by deporting twice as many criminal aliens as ever before,  by cracking down on illegal hiring, by barring welfare benefits to illegal aliens.  In the budget I will present to you, we will try to do more to speed the deportation of illegal aliens who are arrested for crimes, to better identify illegal aliens in the workplace, as recommended by the commission headed by former Congresswoman Barbara Jordan.

[Emphases as in the spoken original, see official transcript]

That last line was greeted by a standing ovation lasting at least 15 seconds.

So in a mere 191 words, Bill Clinton said "illegal aliens" four times and, for good measure, threw in "criminal aliens" once.  Not so long ago, America was the home of the plain-spoken, as George Orwell would have recommended!  (That's quite the contrast with Libertarian Party presidential candidate Gary Johnson who, in a late-August interview with Townhall.com's Guy Benson, fulminated over the term "illegal immigrant."  If Benson had dared to say "illegal alien," Johnson's head might well have exploded.)

According to data for the 1995 video at the NumbersUSA Facebook page, it has been viewed 36 million times [!!!] since being posted on October 22.  And it's been shared 274 thousand times.  (Note that the video is a presentation of raw data, not an endorsement of Trump by NumbersUSA.)

Another NumbersUSA video, 63 seconds long and available on YouTube, jumps back and forth between statements on illegal immigration from a 1996 Clinton speech (likely also State of the Union) and analogous statements made in 2016 by Trump (uttered in various situations).

And yet another one, lasting 75 seconds, intersperses enforcement-related statements—including criticism of the Mexican government—by Hillary Clinton, made between 1993 and 2015, with corresponding statements by Trump this year (some repeated from the preceding video).

NumbersUSA has been making good use of videos since first creating the (literally) famous "gumballs" video two decades ago.  Its current six-minutes-long, online version is here, and my friend Jim Robb, NumbersUSA's V.P. for Operations, told me that  "Immigration, World Poverty and Gumballs" has attracted a surge of views—some tens of millions, both here and in Europe—in just the last several weeks.  "This shows that, right now, the American public is extremely interested in immigration basics," he added.