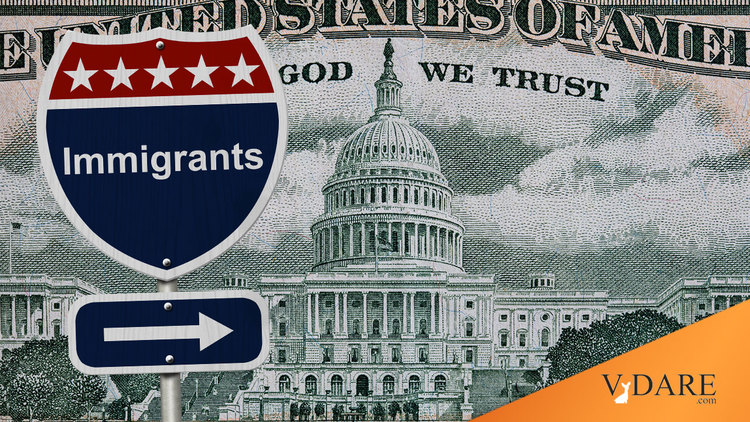 Beginning December 23, federal immigration law will no longer require that immigrants be able to support themselves or be deported. Along with refusing to secure the southwest border, it’s another of Traitor Joe Biden’s moves to dispossess and replace the Historic American Nation with illegal aliens and legal immigrants. Starting soon, every penniless Tomas, Kiki, and Enrique on the planet can jump the border and stick his hand in your pocket.

In 2020, POTUS 45 Trump’s Department of Homeland Security put some oomph into the Immigration and Nationality Act’s prohibition of admitting immigrants “likely at any time to become a public charge.” In an 837-page rule, DHS defined  the public benefits, such as Medicaid and public housing, that would make immigrants public charges. Public charge visa denials increased. The U.S. Supreme Court stopped leftist lower-court kritarchs from deep-sixing the new rule.

While Americans prepare for Christmas, a new federal rule will quietly take effect to insidiously weaken the integrity of our immigration system. https://t.co/SSizYgAVSo

Early this year, Biden’s DHS replaced Trump’s rule with its own 291-page “this-isn’t-who-we-are” recission. A public charge is no longer someone who relies on state or federal welfare. Instead, it’s someone “primarily dependent on the government for subsistence” by receiving “public cash” or  “institutionalization for long-term care at government expense.”

Food stamps, the Children’s Health Insurance Program (CHIP), Medicaid, Medicare, housing benefits, benefits for “immunizations or testing for communicable diseases,” and other “supplemental or special-purpose benefits” are barred from consideration. So are benefits received by the alien’s family, even those in the same household.

With so many exclusions, you may wonder what’s left. There are only a few: Supplemental Security Income (SSI), Temporary Assistance for Needy Families (TANF), state/local cash benefits, and “long-term institutionalization at government expense.” The Department of Homeland Security (DHS) has arbitrarily decided these are the only programs leading an alien to “depend primarily on the government” because they entail direct cash payments. However, taxpayers are on the hook whether payments go directly to the alien or are spent for their sole benefit.

When DHS published the rule, Treason Lobbyists demanded that Brandon broadcast the news [It’s time for the Biden administration to let immigrants know about the public charge rule change, by Gabriel R. Sanchez, Brookings, January 19, 2022]. Why not encourage freeloading?!