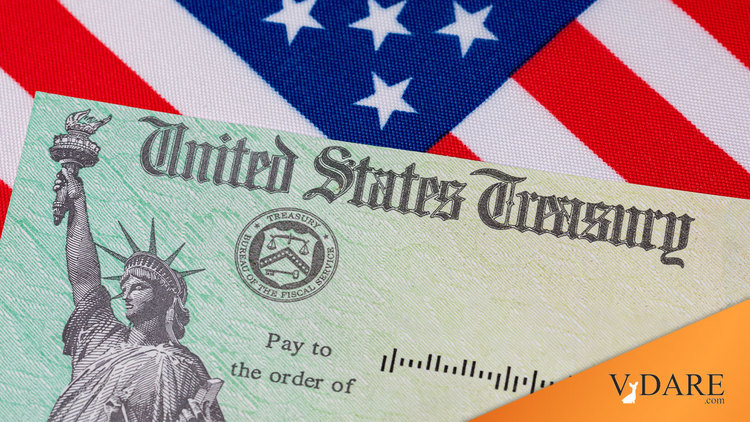 Very late into their term of office, the Trump Administration initiated the first regulations on the enforcement of the public charge provision of the Immigration and Naturalization Act of 1952 (INA), as amended. The INA states the following regarding immigrants seeking admission to the United States who may become dependent on welfare.

(B) Factors to be taken into account
(i) In determining whether an alien is inadmissible under this paragraph, the consular officer or the Attorney General shall at a minimum consider the alien’s-

(ii) In addition to the factors under clause (i), the consular officer or the Attorney General may also consider any affidavit of support under section 1183a of this title for purposes of exclusion under this paragraph.

The Trump Administration took far too long to write and implement the regulations defining the terms and policy attached to this statute. The public charge provision, historically, for the most part, was unenforced or enforced haphazardly in the field. But the Trump Administration was not solely to blame: previous administrations, Reagan, Bush, Clinton, Bush, and Obama failed completely.

In the year 2001, VDARE.com published Whatever Happened To Deporting Immigrants As a Public Charge? and in 2018 James Fulford wrote here that VOX Has Apparently Never Heard That Immigrants Aren't Supposed To Be A Public Charge.

Before we go into detail, let me tell a story of how the public charge was enforced in the field. First, it was not enforced against aliens intending to immigrate to the United States with an Immigrant Visa (IV), refugees, asylees, or parolees. The public charge was enforced only against certain non-immigrants, basically aliens applying for admission as a non-immigrant, but many of these were fraudulently using Non-Immigrant Visas (NIV) to live illegally in the United States.

But there was a significant operation against otherwise legitimate NIV holders. In this case it was primarily flight attendants who would use an NIV to enter the United States while pregnant, then use California’s generous medical welfare program, Medi-Cal, to get free medical treatment for birth. During the 1990s, I participated in an operation against these welfare abusers, mainly directed against Philippine Airlines stewardesses. Now, for Medi-Cal, the recipient would have to claim to be a resident of California, legal or not. In any event, most would obtain a California Driver’s License or Identification Card anyway. Many Philippine Airlines stewardesses had some sort of family connection in California, as do many other Filipinos, so knowledge of California’s generous maternity benefits was widely known. So, in order to avoid the cost of giving birth in the Philippines, these stewardesses, and many others, especially on the Mexican border, would claim to be California residents and get Medi-Cal maternity benefits.

Then–California Governor Pete Wilson was on a roll then after Proposition 187 and ordered the Department of Health Care Services, then called the Department of Health Services, also abbreviated DHS, to have their health care fraud investigators look into the issue. The DHS then contacted the legacy Immigration and Naturalization Service (INS) to work together to identify NIV holders entering the United States, at airports and land borders, who were using Medi-Cal. An extensive operation was developed with DHS investigators assigned to the Ports-of-Entry to work with INS Inspectors to identify, recover fraudulently spent funds, and deport the aliens involved. I worked closely with two DHS investigators at a major international airport in California to identify, recover funds from, and deport scores of aliens, mostly Philippine Airlines stewardesses, though not exclusively; many other aliens were in on the fraud and were caught. Millions were saved, but eventually California kritarchs got involved and the program was halted years later. Governor Wilson is himself at fault for appointing liberals to the California Supreme Court.

Now, back to the Biden Regime Administrative Amnesty, Welfare Edition. The Biden Regime has decided to end enforcement of the public charge of immigrants, legal and illegal. The first step was to overturn the Trump Administration regulations.

WASHINGTON—The Department of Homeland Security (DHS) will issue a Notice of Proposed Rulemaking (NPRM) that would regulate how DHS applies the public charge ground of inadmissibility. The proposed rule would provide fair and humane treatment for noncitizens requesting admission to the United States or applying for lawful permanent residence from within the United States. DHS has posted an advance copy of the proposed rule. The official version will publish in the Federal Register in the coming days.

“The 2019 public charge rule was not consistent with our nation’s values,” said Secretary Alejandro N. Mayorkas. “Under this proposed rule, we will return to the historical understanding of the term ‘public charge’ and individuals will not be penalized for choosing to access the health benefits and other supplemental government services available to them.”

In 2019, the prior administration expanded the interpretation of the term “public charge” and the types of public benefits considered. It caused many noncitizens to be fearful of accessing benefits that Congress intended them to have, including noncitizens who are not subject to the public charge ground of inadmissibility, such as children in mixed-status households. With the 2019 public charge rule vacated, DHS is now undertaking an open and fair rulemaking process to establish a new regulation. DHS welcomes comments from the public.

Note the hyperpoliticized wording of a supposedly professional government employees introducing a change in regulations. Such a diatribe against a previous President and Administration is unheard of and highly unprofessional, as well as legally illegitimate. Countering a previous public policy by describing it as “harsh” is not a legal basis to change rules or regulations. And it suggests an avenue of attack by some active and patriotic States’ Attorneys General.

Next, as with the Biden Regime in all other areas, it ignores the law, openly redefining “…likely at any time to become a public charge,” as in the statutory language of the INA, to “likely to become primarily dependent on the government for subsistence.” The Cuban-Jewish Secretary Alexandro Mayorkas just repealed and replaced statutory language with his own vision of what the law should be. Stroke of the pen, law of the land, that is a very Jewish version of democracy from Rahm Emmanuel, and the essence of the Obama Regime Administrative Amnesty and the Biden Regime Administrative Amnesty.

So, basically we are back to Bill Clinton, or lesser standards, for enforcing an Act of Congress regarding welfare-dependent immigrants. Such contempt for the law is shocking and, though not unprecedented, still strikes at the heart of a republican form of government. Of course, all is legitimate if the goal is electing a new people, which Mayorkas wants so much to do.

The solution is impeachment and legislation. Will the Republicans act when they win big in November?