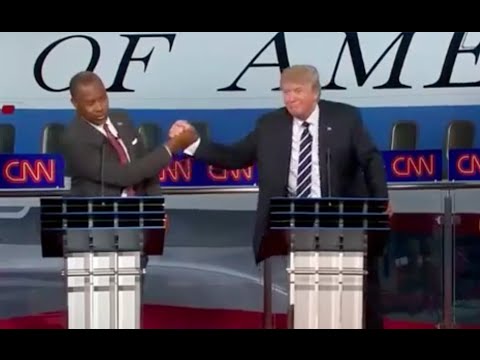 Yesterday in Carson And Trump: Time To Consider the Bradley/Wilder Effect I concluded by observing that besides ourselves in The Ben Carson Money Machine: Making Millions From White Guilt two other websites had noticed that fact that the Carson operation appears to have originated as a business venture/fundraising scam:

Now I see that Fortune has also considered the matter: Why Ben Carson is burning through so much campaign cash by Chris Matthews October 19, 2015

The retired neurosurgeon announced last week that his campaign had raked in $20.8 million in donations in the third quarter, the most of any Republican candidate…

So what is Carson spending all this money on? You have to spend money to make money, and the Carson campaign’s biggest expense is fundraising itself.

There’s also the matter of what Politico has called Carson’s “appetite for the good life.” It points out that he has spent thousands of dollars on swanky hotels and steak dinners, helping to contribute to a “burn rate” that is among the highest in the Republican field.

The Politico piece The high-flying Carson campaign by Katie Glueck 10/15/15 goes into detail:

There was the $1,015 meal at Johnny's Half Shell, a swanky Washington, D.C. seafood restaurant. The $533 stay at Hotel Monaco, one of the nicest hotels in Baltimore. And a $1400 steak dinner at Sparks Steakhouse in New York City.

Ben Carson’s (white) handlers are to be congratulated: they are out- roving Karl Rove. Their understanding of the yearning for a Magic Negro was impeccable. And at some point they will be able to sell their management contract to the GOP Establishment!

Of course that is not going to improve Carson’s Immigration position which is already terrible. See A Virginia Reader Has Been Doing The Research On Dr. Ben Carson.