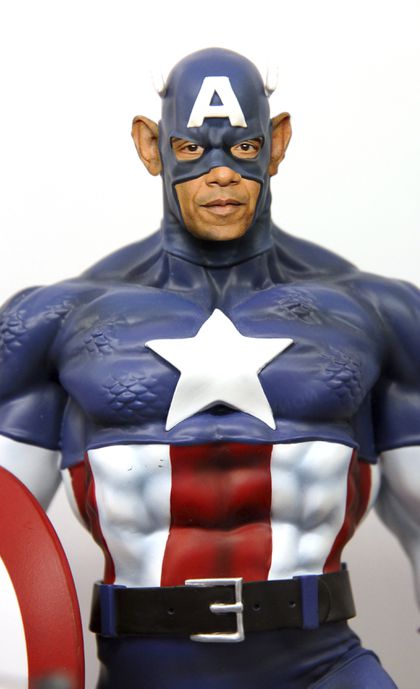 BACK IN MARCH 2007, David Ehrenstein wrote in the Los Angeles Times: “Like a comic-book superhero, Obama is there to help, out of the sheer goodness of a heart we need not know or understand. For as with all Magic Negroes, the less real he seems, the more desirable he becomes. If he were real, white America couldn’t project all its fantasies of curative black benevolence on him.” A new study suggests it’s not just Obama; in general, white people are more likely to think of black people as magical and mysterious. In a series of experiments, psychologists show that white people were quicker to associate superhuman words (ghost, paranormal, spirit, wizard, supernatural, magic, and mystical) with black faces relative to white faces. Also, when explicitly asked, white people indicated that a black person was more capable of possessing superhuman qualities—and would need less medication to alleviate pain—than a white person.

A Superhumanization Bias in Whites’ Perceptions of Blacks 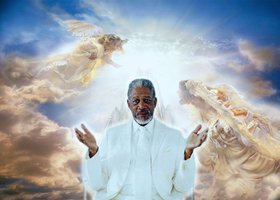 The present research provides the first systematic empirical investigation into superhumanization, the attribution of supernatural, extrasensory, and magical mental and physical qualities to humans. Five studies test and support the hypothesis that White Americans superhumanize Black people relative to White people. Studies 1–2b demonstrate this phenomenon at an implicit level, showing that Whites preferentially associate Blacks versus Whites with superhuman versus human words on an implicit association test and on a categorization task. Studies 3–4 demonstrate this phenomenon at an explicit level, showing that Whites preferentially attribute superhuman capacities to Blacks versus Whites, and Study 4 specifically shows that superhumanization of Blacks predicts denial of pain to Black versus White targets. Together, these studies demonstrate a novel and potentially detrimental process through which Whites perceive Blacks.