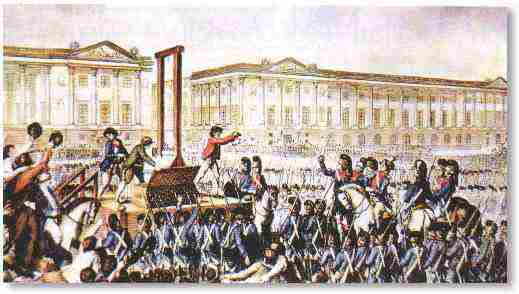 In honor of Bastille Day, Mark Steyn reprints a 2002 column on Jean Marie Le Pen —Scroll down here or read the original here in which he makes the point that the success of "far right" candidates in European elections is a result of the the same bipartisanship that exists in the United States, in which both sides of the political fence agree to do nothing about immigration, and by extension, do nothing about immigration related crime:

Europe's ruling class has effortlessly refined Voltaire: I disapprove of what you say, but I will defend to the death my right not to have to listen to you say it. You might disapprove of what Le Pen says on immigration, but to declare that the subject cannot even be raised is profoundly unhealthy for a democracy.

You can read some coverage of Le Pen on Vdare.com here and here, I've never really thought much of him myself, the only way he can look good at all is by comparison with other French politicians.

As for Bastille Day itself, I'm afraid that that having political opponents who dislike the French is no excuse for actually liking them yourself, and suggest that in honor of Bastille Day, you read Operation Parricide, by Eric von Kuehnelt-Leddihn, about the horrors of the French Revolution.