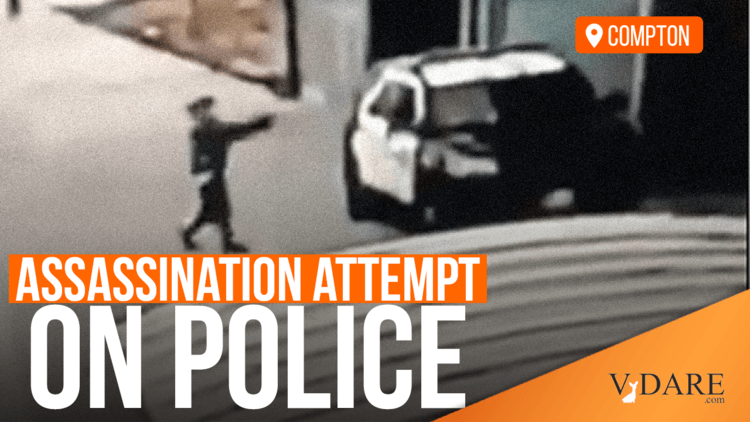 Not much additional information has surfaced about Saturday’s attempted assassination of two Los Angeles County sheriff’s deputies in Compton. A man walked up to the police SUV and shot a male and female deputy in the head, then ran off. Both victims are alive but in bad shape.

The latest word is the shooter was a black man in his late 20s or so. No information is available on the ethnicity of the two victims.

Here’s one local’s reaction to the law enforcement officers getting shot (language NSFW):

It’s of course reminiscent of the assassination by a BLM terrorist of two NYPD officers in December 2014. This led to a semi-mutiny by the NYPD against Mayor de Blasio and Hizzoner eventually backing down, allowing 5 additional years of law and order in NYC before this year’s return of BLM.

Sheriff’s deputies in Socal recently shot a black lowlife, so tensions have been high. From the Los Angeles Times:

Dijon Kizzee was ‘trying to find his way’ before being killed by L.A. deputies, relatives say

Another angle is that Compton dismantled its police force about two decades ago and signed a contract with the Sheriff’s office to police the one-time home of gangsta rap. While Compton is filling up with Latinos, the politicians are mostly still black. The current black lady mayor of Compton Aja Brown hates the Sheriff’s station in Compton, perhaps for good reason. 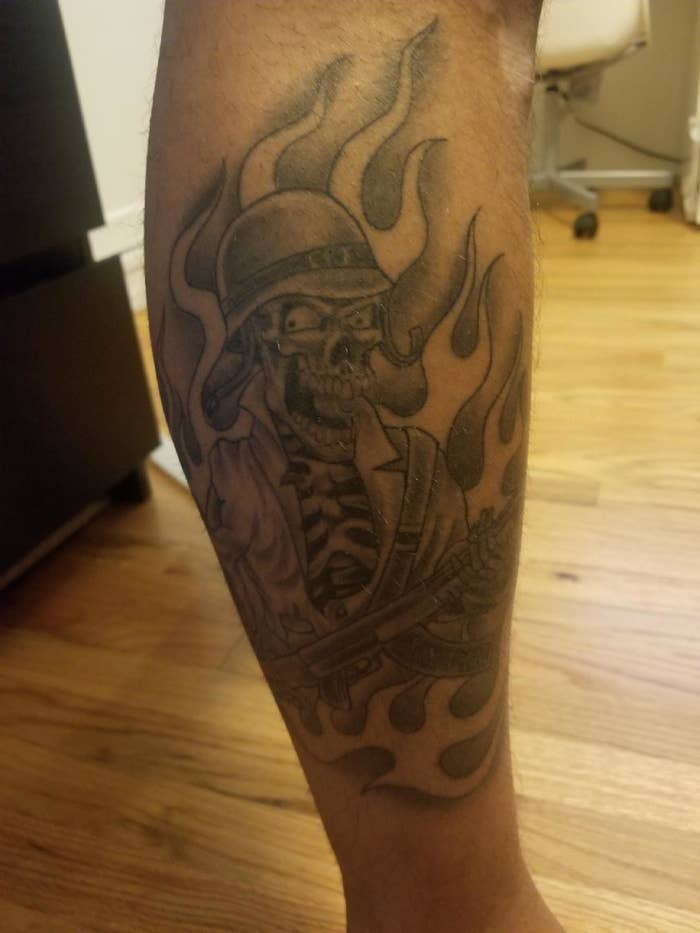 Members say having their own gangs, or “cliques,” builds esprit de corps.

The deputies’ gang in Compton is supposedly called The Executioners and about 1/4 of the Compton deputies are members and another 1/4th trying to get in to the gang.

It’s hard to get a straight story on the deputies’ gang problem. My guess would be that it’s related to the Sheriff’s Deputies now being 46% Hispanic (30% white, 12% black, and 12% Asian). Having your own gang with matching tattoos probably just sounds cool to Southland Latinos.

So, this latest shooting could be related to the long-simmering Hispanic vs. black war in the L.A. Basin.

But as of yet we don’t know any details to allow us to leap to any conclusions.