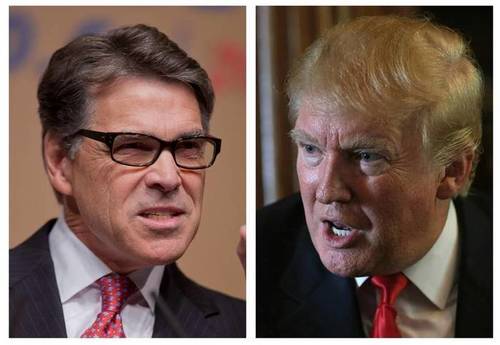 With Donald Trump headed down to Laredo today, rival Rick Perry’s performance on immigration while Governor of Texas deserves attention. Wisely, Perry has been trying to dodge this

In 2011 after sweeping election victories for the Texas Legislature by immigration Patriots the previous year a bill to crack down on “Sanctuary Cities” in the state – municipalities blocking immigration law enforcement (like San Francisco does) - was slated to pass. Nothing happened because of the Big Donor intervention: see Texan Plutocrats Nullify State Election, Protect Sanctuary Cities: Where Was Governor Perry?

Perry tried to hide but failed: Texas Tea Party Denounces Perry Sanctuary City Double-Cross. Perry could easily have saved the bill but did not.

Of course this was declared non-News: MSM Continues Free Pass For Perry On Sanctuary Cities