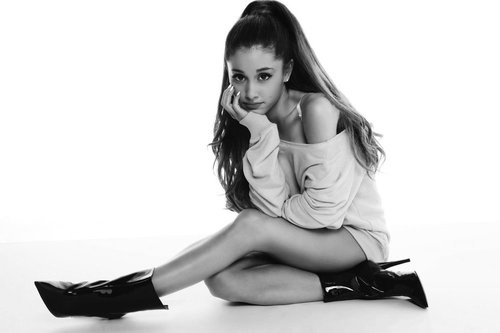 When I heard the name Ariana Grande, I thought someone was talking about a new tall coffee beverage at Starbucks. But alas, I learned, it's the name of a singer whose warbling was mildly interrupted by a Muslim terrorist bombing.

Now, Ariana tells us, "we won't let hate win." Given her "statement" on the attack, which killed nearly two dozen people, I'm going to go way out on a limb and assume she doesn't mean the hate emanating from a 7th-century misogynist religion, whose practitioners would have Ariana wearing a burka, or worse, stone her to death for her scanty attire and sexually suggestive performances.

She certainly doesn't say anything bad about Islam in her preening, morally revolting "statement," which sounded as if it gurgled out of the cerebellar space of an uneducated narcissist such as Ariana, who thinks she is some sort of deity.

Instead, I can easily imagine that Ariana thinks the "hate" she "won't let win" emanates from people such as Katie Hopkins, the columnist under investigation for demanding that Britain's men protect their women from these Islamic savages.

And that is precisely why hate — meaning real Islamic hate — is winning across Europe.

I typically don't go for the ad hominem attack because it is, of course, a logical fallacy.

But in this case, I'll make an exception.

Ariana Grande is an idiot.