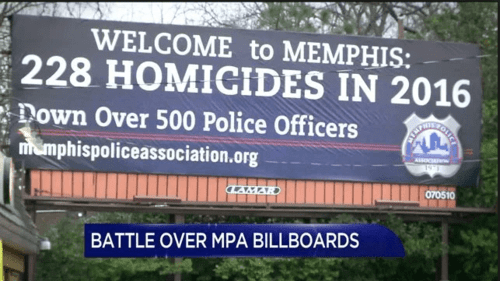 What just occurred in Memphis, in a five day span of black dysfunction only conceivably possible in the imagination of Thomas Dixon, proves we are nearing the extinguishing of all hope for the city.

Not one, but two vigils for black people were the scene of drive-by shootings.

A Memphis teen was set to graduate in July, but this week he became one of the city’s latest victims of homicide. Friends and family of the teenager came together for a candlelight vigil Tuesday night. However, gunfire erupted yet again when several shooters opened fire. His family is calling what happened an act of revenge, but are also praying the violence will stop.

Eddie said he is still struggling to make sense of why his baby brother, out of seven siblings—was shot to death. Eddie also wants to know who would bring even more violence to his mother's home.

"Over 100-something shots," Eddie Niles said.

Eric was one of two gunned down at the Sycamore Lake Apartments Monday night. Police said what happened at the apartment complex was a botched robbery that took a deadly turn.

“He made a bad decision," Eddie said.

Just 24 hours after the fatal shooting, friends and family came together to remember the teen—who two weeks before celebrated his birthday.

"There's enough violence going on in Memphis,” Eddie said. “We should try to find some peace on both sides."

Eddie said what happened during the vigil, was anything but peaceful.

"Ducking, running, screaming,” Eddie recalled. “Kids were out here falling and crying. It was scary."

Making matters worse, Eddie Niles said the shooters came to the candlelight vigil, before eventually getting into their cars and firing off dozens of rounds. Eddie believes what happened was a case of retaliation.

"Both sides are hurting, I can't understand why it's an ongoing thing,” Eddie said. “We didn't have anything to do with it."

No, it's not exactly unimaginable, when vigils held by blacks in Memphis before have been targeted by other blacks, or because another vigil was targeted a mere five days later.

Shots rang out while people were gathered at a vigil to remember a victim of gunfire.

The shooting happened around 8:15 p.m. at Mississippi Boulevard and St. Paul Avenue, where a vigil was being held for Myneisha Johnson, an 18-year-old who was killed by a stray bullet downtown. Friends were marking the one-year anniversary of her death.

Police said one of the victims is in critical condition and two others are noncritical.

Police originally said there was a fourth victim but later said they could only confirm three who were shot; they are checking local hospitals for any other victims.

A preliminary investigation shows two parties got into a confrontation, and the vigil was a separate group that got caught in the crossfire.

Police think the shots were fired from vehicles but have not confirmed that yet.

3 people shot at vigil for Memphis teen who was killed by stray bullet last year, WREG.com, May 22, 2017

If you are interested, SBPDL has a full archive of stories documenting life in post-white Memphis, a nearly 70 percent black city on the verge of stamping out whatever vestiges remain of western civilization.

But few cut to the heart of the dysfunction black people cause (which convinces white people to abandon the civilization their ancestors built so they momentarily protect descendants from the same black misery Jim Crow once shielded whites from) as two vigils for slain blacks in Memphis being targeted for drive-by—mass—shootings a mere five days apart.

This is the world, in the absence of white people, blacks create in America.