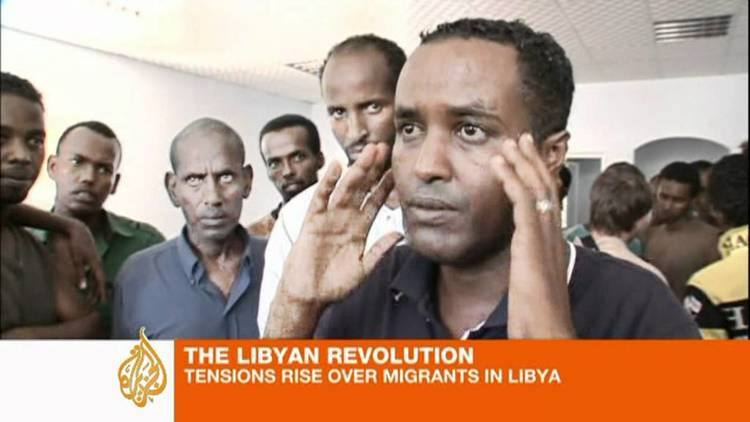 Are Millions of Africans about to Swarm into a More Open Europe?

The spring sailing season is getting off to a roaring start in the Mediterranean, where 18,000 diverse welfare seekers from Africa and the Middle East have boarded boats headed to soft-touch Europe since the beginning of this year.

On Thursday, the Italian navy reported it had “rescued” 1000 African boaters over 24 hours. Another count last week: 6000 in 40 boats in just four days.

The number of asylum seekers is 10 times what it was at this time last year, according to a UN representative.

Of course, the number of boaters using the Italy doorway have been accumulating including 43,000 in 2013, because it’s geographically easy for the Europe-bound. The land route through Spain’s national outposts Melilla and Ceuta in North Africa is also popular.

The Italian people aren’t too concerned because most of the Africans don’t stay, but continue on to the more generous welfare states in northern Europe, particularly Britain, Germany and Scandinavia.

Much of the do-gooderism of Europe was stirred to a fever pitch last October when a boat capsized off the coast of the Italian island Lampedusa where hundreds died. News accounts of the tragedy were filled with photos of coffins lined up and politicians promised to be more welcoming to illegal alien Africans. 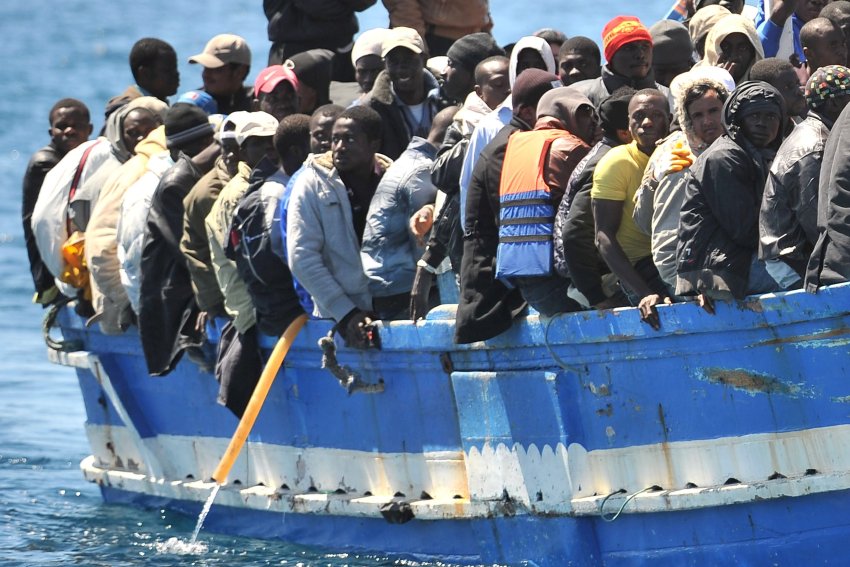 Now Europe is about to reap the whirlwind from essentially declaring Europe to be open to anyone who wants to enter. This could easily be the Camp of the Saints year unless Europeans wake up from their liberal fantasies of universal openness and cultural relativism.

The Italian Interior Minister, Angelino Alfano, recently noted that up to 600,000 were ready to board smuggler boats in Libya alone. Multiply that by several failed states in the neighborhood plus the civil war in Syria and the number becomes millions.

One example of diversity failure is France, where more than four million Africans reside, many of whom are Islamic. As a result, neighborhoods with high Muslim population are physically dangerous for white French and are regarded as No-Go Zones where even police fear to tread.

Note to Europeans: the African boater situation doesn’t have to be suicide by insanely misguided kindness. Australia has a sensible policy of turning back the invasive ships, despite the shrieking of the Refugee Industrial Complex:

Asylum seekers video Australians towing them back towards Indonesia, The Guardian (UK), March 17, 2014

Asylum seekers who were forcibly returned to Indonesia by lifeboat have given the first detailed account of their ordeal and a unique insight into the federal government’s Operation Sovereign Borders.

When Indonesians and other Asian boaters become convinced that they will face an “ordeal” rather than a welcome in the target nation, they will stop coming. The strategy is called negative re-enforcement and works wonderfully in shaping behavior. Europe could benefit by doing likewise.