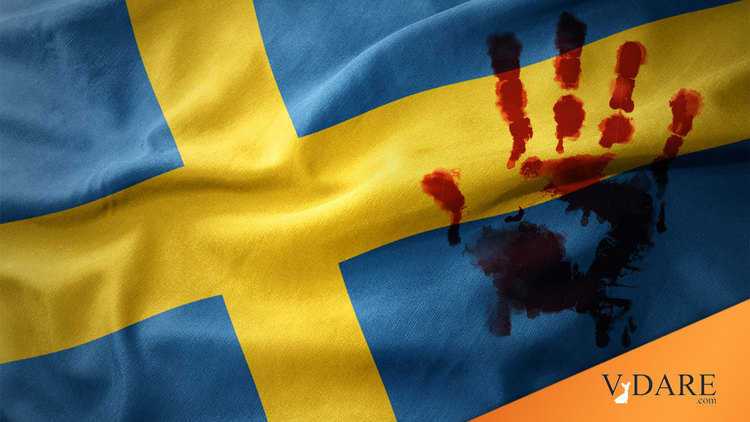 “One of the culturally enriching things to which Europeans and Americans must become accustomed as The Great Replacement proceeds is child rape. A Guatemalan illegal alien raped a 10-year-old in Ohio. On July 7, police allege, an African “migrant” raped a little girl in Skellefteå, Sweden.

And as is typical, the African lied about his age, as “migrants” often do:

Initially, it was believed the suspect was a 13-year-old male who arrived in Sweden from Ethiopia with his sister and parents in 2017.

However, local prosecutor Andreas Nyberg has revealed there are suspicions the suspect, who is described as “big,“ may have lied about his age, and may have also carried out sex attacks against other girls and women in Sweden.

“It is the social security number that says that the person is under 15 years old, but there is information in the investigation that makes it possible to suspect that he is 15 years old and that is something we are investigating,“ prosecutor Lars Nyberg told Swedish media this week.

And unsurprisingly, school officials knew the suspect was a “ticking bomb” and “a wandering hand grenade” with severe “behavorial issues.”

A parent isn’t so sure Diversity is Sweden’s Greatest Strength and asked the obvious: “Should such a person be allowed to go unpunished? Should they remain in the country? Here we pay contributions to them, and then they come here and misbehave. It is completely inconceivable!”

No, it isn’t. You and your people are being replaced. Either get used to it, or do something about it.