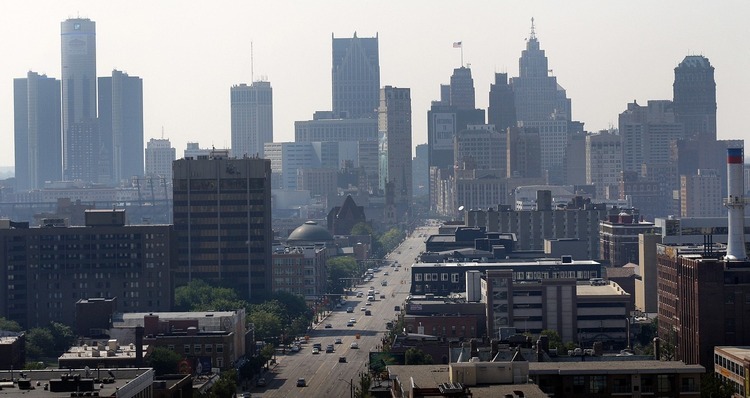 I have long admired the polemical skills of Angry White Dude. But AWD is an excellent analyst too: as proved by Sunday’s Media Leaves Out One Important Politically Incorrect Fact About Detroit

…conservatives don’t have the guts to tell the rest of the story about Detroit’s 50 year collapse. Why? Because most conservatives are self-incarcerated in the prison of political correctness and have not the fortitude to break the chains that silence them from speaking the entire truth.

So what is the truth about Detroit that has conservatives petrified to mention? Detroit is 82.7% black and, since 1967 has elected radical, anti-white, corrupt leaders. Blacks in Detroit, like blacks in America, are far below normal achievement measurements while committing out-of-control crimes.

George Will came close to breaking his PC chains today on ABC’s This Week show when he said:

“Can’t solve the problems because the problems are cultural...Forty-seven percent of Detroit residents are functionally illiterate…They don’t have a fiscal problem, Steve. They have a cultural collapse.”

Say it, George! Come on, I dare you! Who has a cultural collapse? Which culture? Must be the 7% cracka population.

(Compared to the normal George Will uselessness this was absolutely heroic.)

…there are many liberal cities in America who don’t come close to the fiscal malfeasance, crime, violence, etc of Detroit. Madison, Wisconsin, Austin, Texas, Pittsburg, PA to name a few. So it’s not all liberal cities that are collapsing. Just those with a majority black population. But because conservatives refuse to speak the entire truth, one has to look to blogs for the truth. But that’s nothing new.

Right on AWD! And we at VDARE.com are proud to have been as active as any in this connection, including denouncing dishonest Conservatism Inc propagandists and publicizing Paul Kerseys’ excellent book.

Until honesty is permitted on this problem it will continue to metastasize.