GAO Reports One Million Visa Overstayers Have Been Lost by DHS

Obama and his amnesty pals in government say “Trust us” to do immigration enforcement with an extra 10-20 million humans plopped into the system. But a recent report from the Government Accountability Office (GAO) shows that the feeble efforts of the Department of Homeland Security to track entry-exit behavior have been a failure.

The full GAO report is available online: “OVERSTAY ENFORCEMENT: Additional Actions Needed to Assess DHS’s Data and Improve Planning for a Biometric Air Exit Program”, plus there is a highlights page.

Everyone focuses on border security, but something like 40 percent of illegal aliens arrive legally but overstay the time limits of their visa, thereby becoming unlawful. The legislation of 1996 called for an entry-exit visa system, as did the 9/11 Commission Report (see summary of recommendations). The improvement in technology in recent years should make entry-exit tracking quite doable, but political will seems lacking.

Given the terrorist attacks of 2001 and beyond, the concerned citizen might wonder why national security counts for so little, but the desire of certain parties for millions of Democrat voters and/or cheap workers overpowers everything else. 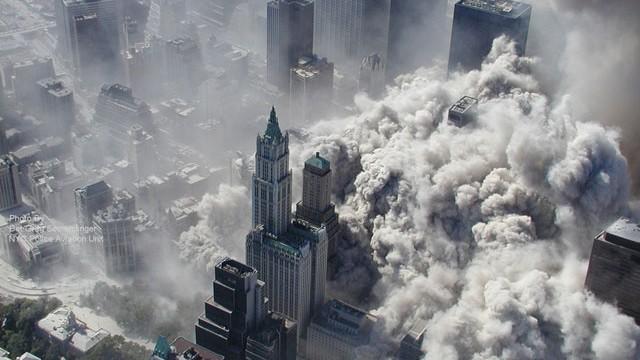 The government is capable of tracking foreigners when they enter just fine, according to the GAO. Leaving, not so much, which shows priorities are upside down, as usual.

The Homeland Security Department has lost track of more than 1 million people who it knows arrived in the U.S. but who it cannot prove left the country, according to an audit Tuesday that also found the department probably won’t meet its own goals for deploying an entry-exit system.

The findings were revealed as Congress debates an immigration bill, and the Government Accountability Office’s report could throw up another hurdle because lawmakers in the House and Senate have said that any final deal must include a workable system to track entries and exits and cut down on so-called visa overstays.

The government does track arrivals, but is years overdue in setting up a system to track departures — a goal set in a 1996 immigration law and reaffirmed in 2004, but which has eluded Republican and Democratic administrations.

“DHS has not yet fulfilled the 2004 statutory requirement to implement a biometric exit capability, but has planning efforts under way to report to Congress in time for the fiscal year 2016 budget cycle on the costs and benefits of such a capability at airports and seaports,” GAO investigators wrote.

Outside business groups and Republican donors are trying to breathe life into the push for getting an immigration bill through Congress this year.

“Doing nothing is de facto amnesty. We need to take control of whom we let in our country and we need to make sure everybody plays by the same rules,” the donors said in their letter.

They aimed their pitch at House Republicans, who are trying to figure out a way forward and find themselves trapped between rank-and-file Republican voters who say legalizing illegal immigrants is an amnesty, and the party’s elites and donors who say the party cannot survive nationally without embracing legalization as part of a strategy to win over Hispanic voters.

The donor letter was sent the same day that the U.S. Chamber of Commerce and 400 other businesses and umbrella groups fired off a letter to House leaders of both parties, urging them to pass something — though the business leaders did not specifically call for legalizing illegal immigrants.

The business leaders and donors appeared to be sensing the momentum for immigration slipping away, little more than a month after the Senate passed its version on a bipartisan 68-32 vote.

How to handle visa overstays was a major part of the Senate bill debate when it came through the Judiciary Committee, though the issue received less attention on the Senate floor.

Under current law, the government is supposed to be developing a system to check every visitor’s entry and departure from the country, using biometric identifiers such as fingerprints. The system is supposed to apply to air, land and sea ports of entry.

But members of both parties have said that is a giant task. The Senate bill waters down those requirements, saying only that there must be a biographic-based system, which means using a photo, and that it be limited to air and sea ports.

The GAO said most of the overstays came by airplane, but 32 percent came through land ports of entry, and 4 percent came by sea. The average length of overstay was 2.7 years.

The Congressional Budget Office, which analyzed the Senate bill, said it will cut out about half of all illegal immigration. CBO said stiffer border security will limit those crossing the border illegally but that the system would boost the chances for illegal immigrants to come to the U.S. under new guest-worker programs and stay beyond their visas.

The executive branch is supposed to report annually to Congress on how many people have overstayed their visas but has failed to do so for the past two decades, saying the information isn’t reliable enough.

Homeland Security Secretary Janet A. Napolitano told the Senate this year that her department would begin to report in December, but the GAO said Homeland Security officials aren’t sure what methodology they will use.

The department has repeatedly pushed back its deadlines for setting up an exit system at airports, telling GAO investigators this year that it will finalize plans in the near future. But GAO said the department is already behind its own schedule.

“For example, DHS had planned to begin scenario-based testing for biometric air exit options in August 2013; however, according to DHS officials, the department now plans to begin such testing in early 2014,” the auditors said.

The total of 1 million potential overstays in the country is an improvement from two years ago, when the GAO found Homeland Security had lost track of 1.6 million people.

Homeland Security went back and looked at those names and found that more than half had either actually left the country unbeknownst to the government, or had gained legal status that allowed them to remain in the U.S.

Of the others, the department decided most were deemed not to be security risks and so there was no need to track them down. But 1,901 of them were deemed significant national security or public safety threats, and 266 of those were still unaccounted for as of March.

In its official response to the GAO report, the Homeland Security Department said it is creating a working group to try to improve its data, and pointed to its success in reducing the backlog of overstay cases from 1.6 million to 1 million.