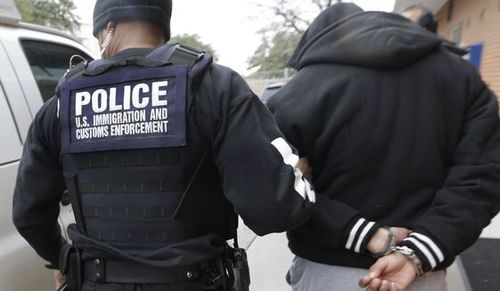 AMERICAN THINKER On Murder By Illegals; A MUCH Higher Rate Than US Citizens

Illegal Aliens Murder at a Much Higher Rate Than US Citizens Do, by Randall Hoven, July 13, 2015

First off, Trump did not put any numbers on his statements. All he said was that some undocumented immigrants commit crimes in the U.S. And we know that is true.

Secondly, as even the Washington Post admits, Trump was not talking about all Mexicans, especially not Hispanic U.S. citizens. He was talking about undocumented immigrants. [More]

Very few of these factcheckers are in any way non-partisan—in an article about a La Raza website touting “Myths v. Facts” I said that I could only conclude that they were deceiving themselves or trying to deceive us—their myths were facts, and their facts were myths.

In the case of immigrant crime, the fact is that we can see a lot of it, and we can also see the media and government hiding a lot of it. In a syndicated column we titled Media Furious–Trump Breaks Embargo With HateFacts About Mexicans!, Ann Coulter wrote

The first thing a news fact-checker would have noticed is: THE GOVERNMENT WON’T TELL US HOW MANY IMMIGRANTS ARE COMMITTING CRIMES IN AMERICA.

Wouldn’t that make any person of average intelligence suspicious? Not our media. They’re in on the cover-up.

A curious media might also wonder why any immigrants are committing crimes in America. A nation’s immigration policy, like any other government policy, ought to be used to help the people already here—including the immigrants, incidentally.

It’s bad enough that immigrants, both legal and illegal, are accessing government benefits at far above the native rate, but why would any country be taking another country’s criminals? We have our own criminals! No one asked for more. [More]

You might try to dismiss Kate Steinle as an “anecdote,” but the GAO estimated there were 25,064 such anecdotes over only a few years.

None of those 25,064 homicides needed to be committed in America.