Alice Eve As The Result Of 2,000 Years Of Sex Selection 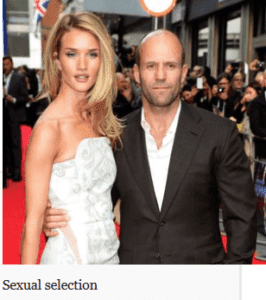 He also notes that geneticist Razib Khan, discussing the same thing, goes with Rosamund Pike (below) as his illustration. If I were asked to pick the pinnacle of British blue-eyed, blonde haired evolution, I would have picked Alice Eve, seen below chatting with Scottish immigrant Craig Ferguson, when he was on the Late Late Show. I don't think that chatting with Alice Eve is a job Americans won't do, but there it is.

Of course, all these ladies are exceptional (many Britons look like Jason Statham instead) but it makes the serious point that "evolution" is something that happens in historical time.