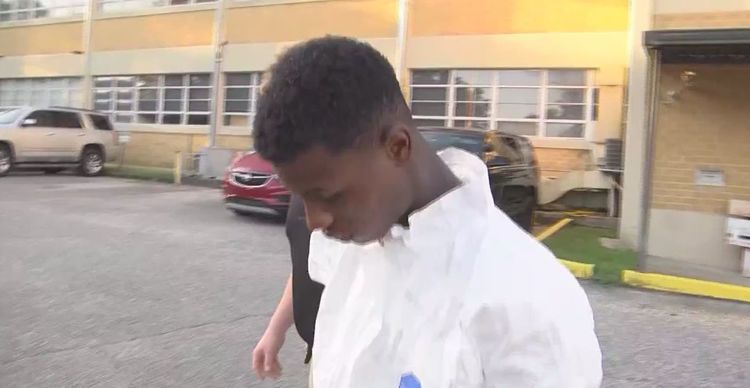 The silence about blacks murdering blacks should be a current news headline but no one is talking. Not much is in the headlines about the disastrous outcomes for black students either.

In Mobile, Alabama, a black teen named Deangelo Parnell shot up a high-school crowd but he killed no one. Where did he get the gun? This story did not go viral, but it is a gun-violence problem. There is a school failure story in this also.

The football crowd the 17-year-old attacked was from John L. Le Flore Preparatory Academy and Lillie B. Williamson High School. Both schools are almost entirely black, 98 percent and 97 percent. They are also very poor, 64 percent and 72 percent below the national  poverty level.

Below, the Student Demographics of Le Flore Prep—note plug for diversity. 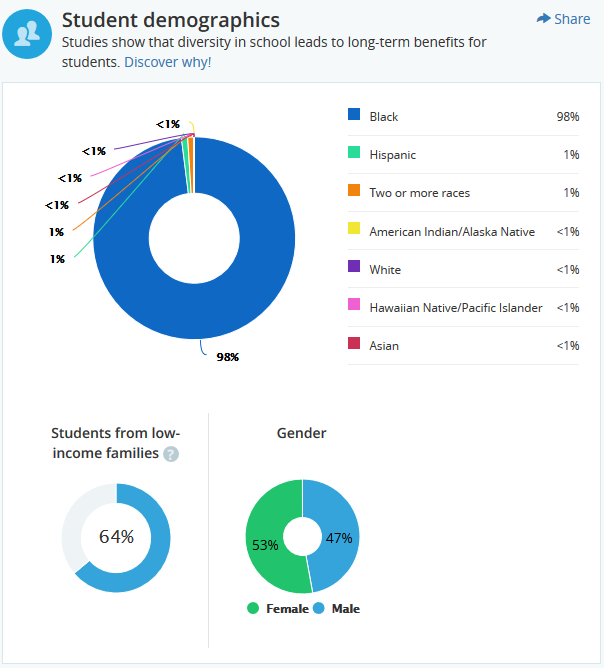 The website GreatSchools.org shows that there are 192 schools in Mobile and only 20 of those schools are rated average or above in their test scores. On a scale of 1 to 10 with 10 being the best rating, Le Flore Prep rates a 2 and Williamson High School rates a 1.  In reading, math and science the students' scores are appalling.

For more details, readers can delve the depressing statistics and wonder why no one is talking about this failure among black students. In almost every school, white children perform better than black children. Asian children do the best. On the Great Schools website, check out Baker High School in Mobile, for example.

And speaking of a deathly silence, the national homicide death rate among blacks makes no news either. In June, the National Center for Health Statistics, a division of the Centers for Disease Control, released, "Deaths: Final Data for 2017" and this large PDF document can  be viewed here.

Death certificates for all states and territories are uniform and they are completed at the local level. The numbers are transmitted to states and then to the National Center for Health Statistics. The same goes for birth data and that usually makes headlines, about, for example, declining birth rates in America. Death rates usually go silently into that good night.

The age-adjusted death rate by firearms for whites was 1.8 and 19.1 for blacks. That means that blacks are being killed by firearms at a rate ten times greater than whites. (Note: In 2014, Rudy Giuliani, arguing with a Black Lives Matter-supporting professor, pointed out that 93 percent of blacks murdered are killed by other blacks. “Fact checkers” for both the Washington Post and PolitiFact published articles saying “Yes, but…”. ) As an aside, the Hispanic firearms-death-rate is 3.6 deaths per 100,000.

That's a lot of numbers. So, stated simply, blacks have a firearms problem. White gun owners did not do this. Who is talking about this? The silence is deathly.

School failures and black deaths will go on and on until Americans can work openly to address the problems.