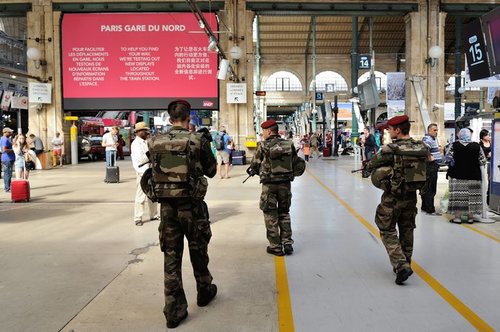 After Train Attack, Europe Notices It Has a Problem

PARIS — Two days after a young Moroccan man was thwarted from an apparent plan to cause carnage on a Paris-bound express train, European officials confronted the deepening quandary of what additional steps they could take in the face of such attacks on soft targets, short of paralyzing public spaces or even more intrusive surveillance.

Enhanced security and surveillance measures had already filtered out the young man, Ayoub El Khazzani, 26. But he was one of thousands of Europeans who had come on the radar of authorities as potential threats after traveling to Syria.

The sheer number of militant suspects combined with a widening field of potential targets have presented European officials with what they concede is a nearly insurmountable surveillance task. The scale of the challenge, security experts fear, may leave the Continent entering a new climate of uncertainty, with added risk attached to seemingly mundane endeavors, like taking a train.

The solution is to let any and all Muslims who don’t get along with their neighbors back home in the Middle East and in Africa come live in Europe. Admittedly, I’m not quite up on the details yet of why this would make things better for Europeans; but it’s a highly respectable opinion, so I’m sure Europe’s leaders and experts have thought through the consequences in depth.