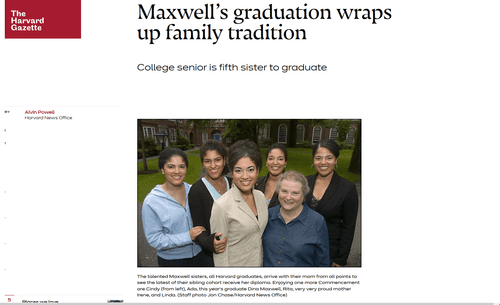 Affirmative action was set up 50 years ago in part as reparations for American slavery, but it has tended to evolve into a bizarre system of preferences for those least impacted by American slavery.

Here’s a classic example of the 2004 complaint of Harvard professors Henry Louis Gates and Lani Guinier that a huge fraction of Harvard’s affirmative action for blacks goes to individuals who aren’t descended from American slaves, are instead descended from foreign elites and/or white parents or grandparents. From the Harvard Crimson in 2006: 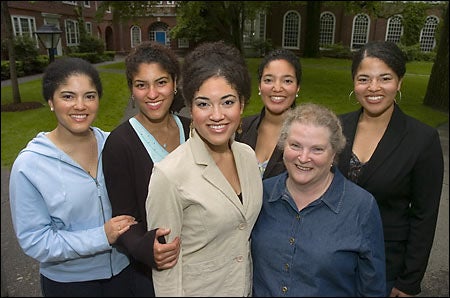 “Education,” Irene Maxwell told her five daughters, “is the only thing that you can take all you want and there’s plenty left for everyone else. So make sure you take your share.”

Maxwell’s daughters, Cindy ’92, Linda ’96, Rita ’98, Ada ’02, and Dina ’06, heeded their mother’s advice, each in her turn making the long trek from New Brunswick, Canada, to Cambridge, Mass., to take their share of the education that Harvard has to offer.

On Thursday (June 8), with Dina’s graduation with the Class of 2006, the Maxwell’s 18-year association with Harvard – as undergraduates at least – finally ended. …

Cindy said it never was a family plan for them all to attend. Her parents – Irene and her father Samuel, a Ghanaian physician, who died 10 years ago – encouraged them to go to college, she said. When Cindy was getting ready to graduate from New Brunswick High School she was considering mainly Canadian colleges. That changed one day when her mother suggested on a car ride that Cindy apply to an American Ivy League school.