A Worthwhile Canadian Initiative: The Memorial to Victims of Communism 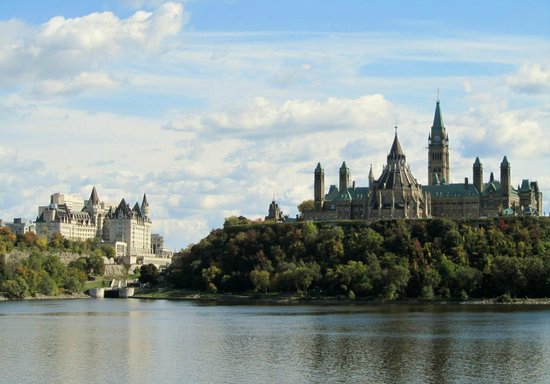 I’ve never been to Ottawa, the capital of Canada, but it looks like it has some impressive buildings and monuments. 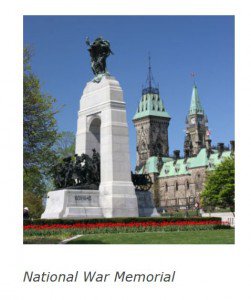 ause it was the only settlement of even modest size on the border between French-speaking Quebec and English-speaking Ontario. Also, its small population would reduce the chances of urban proletarians rioting, and its remote northerly location would help it hold out longer against an American invasion.

Now, there are plans to spend a little under $5 million to add a modest-sized memorial to Ottawa’s current collection. But the New York Times is here to scoff at the concept:

An Immodest Proposal Rankles a Capital Known for Modesty

OTTAWA — You can make out Canadians’ reputation for modesty in their capital, a city that has largely avoided erecting anything you might call monumental. None of Ottawa’s landmarks are built on the grand scale of, say, the Arc de Triomphe or the Washington Monument — not even the national war memorial or the tower of the main Parliament building in the city center.

The small park next to the Supreme Court down the street is pretty modest, too — a nameless and featureless bit of green space now used mainly as a shortcut to a parking lot. But a politically charged proposal to fill the park with a monument that would be anything but modest has prompted protests from the mayor and other politicians, riled the architectural establishment and even been questioned by the country’s chief justice.

The plan, put forward by a private group but heavily championed and partly financed by the current Conservative government, is to build an immense concrete memorial to the victims of Communism around the world, covering 54,000 square feet and rising four stories high.

Of course, the U.S. Holocaust Memorial Museum doesn’t take up 265,000 square feet of land. Instead, it is a tall building occupying a 50,000 s.f. footprint just off the National Mall, while the proposed Victims of Communism Memorial in Ottawa would be largely an open air installation in the mode of the Vietnam War Memorial in Washington DC.

To the memorial’s growing number of critics, the idea of using one of the last pieces of open land in the city’s parliamentary district not just for an outsize monument but for one that does not commemorate any direct event in Canada’s history is an unacceptable break from tradition.

“We are not a country that overthrew the yoke of Communism,” said Shirley Blumberg, a Toronto architect who served on a design review panel and voted against the design that was chosen. “I would understand if we were Romania, to have this monument at the center of our democracy. It is not central to our history. It would be like the Americans putting this on the Mall in Washington.” …

While much of the debate has focused on the location, Ms. Blumberg has been just as outspoken about the aesthetics of the planned monument. All six of the submissions reviewed by the design panel were “really quite poor,” she said, and the winning bid, by Abstrakt Studio Architecture, was “bleak and oppressive,” giving a “very literal and brutal depiction of violence.”

If we have to think back on Communism, we need a better, more upbeat attitude. Sure, mistakes were made, but let’s keep the good things in mind, too. Or why think about it at all?

That, said Voytek Gorczynski, the founder of Abstrakt, is precisely the idea.

“Her comments as to the design being visceral and brutal, I take that as a compliment — that was the intention,” said Mr. Gorczynski, who was born and raised in Poland and jailed there for political activism as a student.

… But Ms. Blumberg said that monuments related to wars and terrible historical events “that are really widely acknowledged to be truly great,” like the Vietnam Veterans Memorial in Washington and Yad Vashem, Israel’s Holocaust memorial, have taken a different approach. “They all try to rise above the subject and talk to what we’ve learned and what this means for the future of humanity,” she said. …

Ms. Blumberg and others have said they believe that the project is being pushed by Prime Minister Stephen Harper as part of a political agenda. Canada is scheduled to hold a federal election this year, and the country’s large number of citizens of Eastern European heritage, particularly Ukrainians, tend to back Mr. Harper’s Conservative Party. …

Ludwik Klimkowski, a financial adviser in Ottawa who is the chairman of Tribute to Liberty, denied that the government had backed the project for political reasons, insisting that critics were motivated by dislike of Mr. Harper’s government or by ethnic prejudices. “I think the majority of the people who are raising some concerns are Canadians from white Anglo-Saxon backgrounds,” he said. “That face of Canada has changed.”

Nor, Mr. Klimkowski insisted, was it fair to call the proposed monument bleak. “It is about the wonderful story about Canadians and Canada’s refugees,” he said.

Ms. Blumberg, who is Jewish and was born in South Africa to a family of Eastern European heritage, said she found the whole argument dispiriting and contrary to the democratic values that first drew her to Canada.

“Diminishing people because of their background, that’s certainly not what I thought Canada is about,” she said. 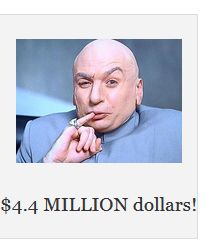