A Covid Tracing Case Study from a Chinese Restaurant 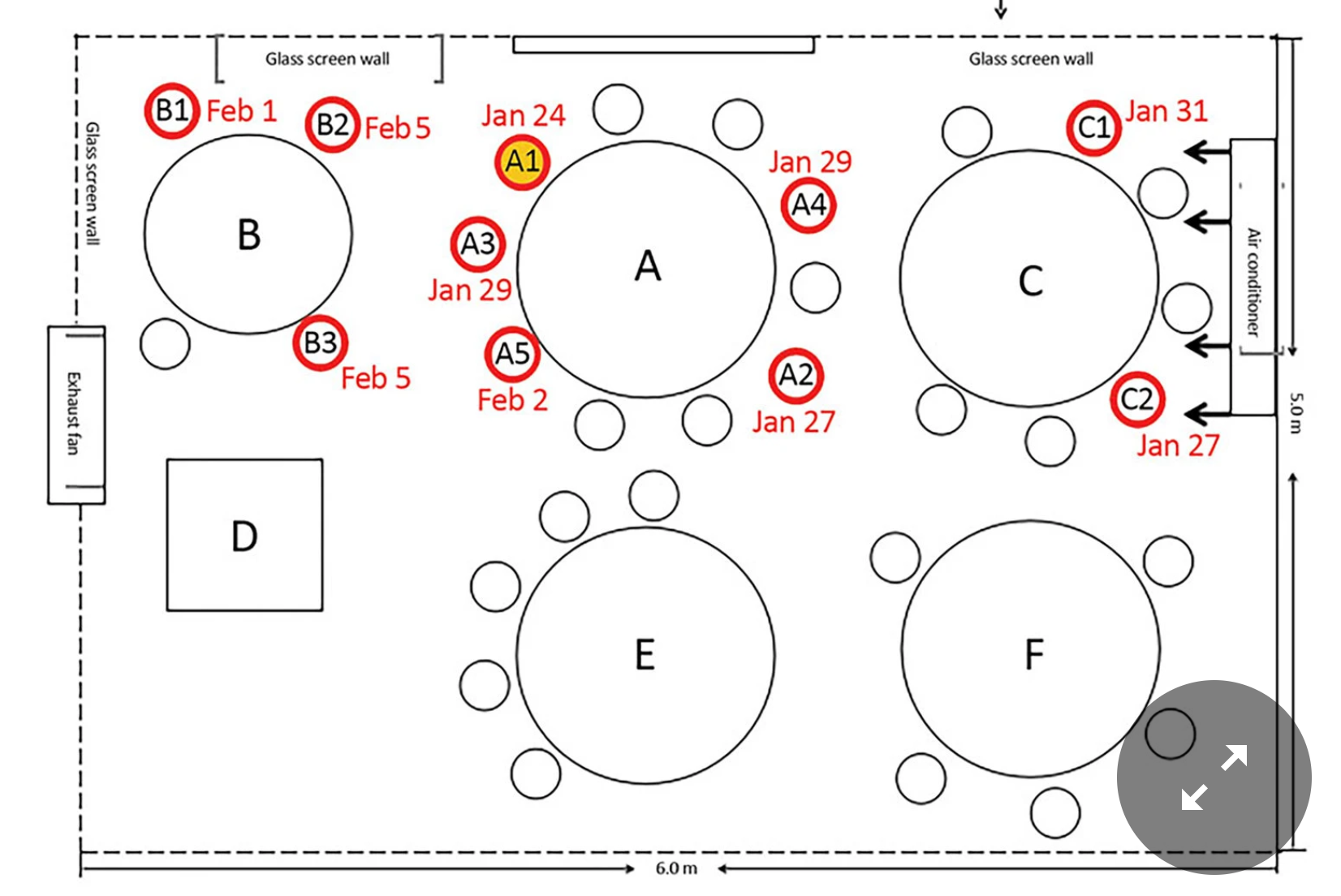 Here’s a diagram from a new Chinese paper illustrating the results of contact tracing from one lunch in a restaurant in a Chinese city (not Wuhan, but one that had very few cases before this event) on January 24.

A 10 person family that had fled Wuhan sat at Table A. Diner A1 (red and yellow) was hospitalized later that day with coronavirus. Four other members of the family (in red) later tested as infected, although they could have been infected before.

An airconditioner in the upper right blew air from right to left. Downwind at Table B, three out of four patrons were subsequently infected. Upwind in the general direction that A1 was facing, two of seven were infected at Table C. Both parties spent roughly an hour near A1.

Nobody was infected at tables E or F, or in the other half of the room (not shown).

The Chinese quarantined all 73 diners in that room, so they feel confident that A1 was the Patient Zero who infected the diners at other tables.

Lessons: it’s somewhat more dangerous to be downwind than upwind, but spread can happen in both directions. Looking at this, I’d probably say you’d want to put people at tables B and F, but it looks hard to get anywhere close to the density of diners that they had back before. The problem with restaurants is you can’t wear masks while eating.

In general, we are going to need a lot more case studies like this.