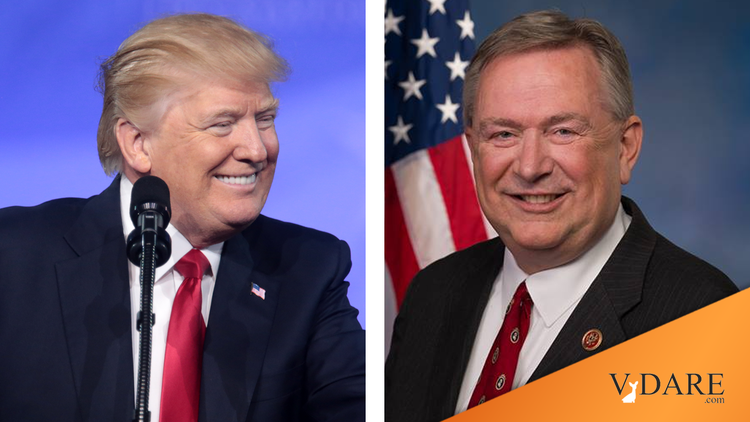 [See Also: Flynn Just The Start—Trump Can Hit Back At The Ruling Class By Pardoning Stockman, Snowden, And Assange, December 4, 2020]

Joyous news to report. Among those whom President Trump pardoned or commuted is American patriot and former Congressman Steve Stockman. Congressman Stockman was the victim of a politically motivated persecution. While prisoners around the country were being released because of COVID-19, the justice system was content to let this man rot. He was essentially sentenced to death.

Richard Viguerie, one of the most important figures in the history of the conservative movement, put it precisely in those terms

By the day if not by the hour, conservative movement champion former Congressman Steve Stockman’s situation grows perilously close to a death sentence.

Steve is the only over-60 diabetic prisoner remaining at the Beaumont, Texas federal prison facility, which also has the highest per capita COVID-19 infection rate of any prison in the country.

And he’s been told by prison officials he will not be leaving on orders “straight from the top” in Washington!!!

It’s clear someone wants him dead.

Someone in Washington is ordering that his life not be saved by being released to home detention.

There needs to be investigations into who it is.

[Who In Washington Wants Steve Stockman Dead? 'Someone at the Top,' ConservativeHQ, July 20, 2020]

The same ghouls who wail over the plight of murderers are furious that Congressman Stockman will presumably be home for Christmas, reunited with his wonderful wife. They wanted his blood, and President Trump saved him.

However, the struggle is not over. Congressman Stockman's sentence was merely commuted; he did not receive a full pardon.

Trump commuted the sentence of Steve Stockman on "humanitarian and compassionate grounds," as Stockman is 64 and has pre-existing health conditions that put him at risk for Covid-19. A former U.S. representative from Texas, Stockman served two years of  a 10-year sentence after he was convicted of misuse of charitable funds. He will still have to pay $1,000,000 restitution.

Patriots should continue to push for a full pardon. (What, after all, does President Trump have to lose? He has to know they are coming for him too, and will use the same tools they used against Congresssman Stockman.)

There is more to this story. The investigation into Congressman Stockman was initiated after he started asking too many questions about the Obama Administration, especially the IRS's practice of tageting conservative groups,

Supporters say Stockman is being punished for his zealous pursuit of Obama-era wrongdoings, and in particular, for going after former Internal Revenue Service nonprofit division official Lois Lerner for targeting conservative nonprofits.

“It was a totally political attack,” said Art Harman, who was Stockman’s legislative director during his recent term in Congress.

“The prosecution was initiated two weeks after he introduced a resolution calling for the arrest of Lois Lerner,” Harman told The Epoch Times in an interview.

“There were three grand juries that found nothing on him, but they kept spending taxpayer dollars to get him on something,” he said, comparing Stockman’s plight to that of embattled Trump confidant Roger Stone and now-imprisoned campaign manager Paul Manafort, who was convicted of crimes unrelated to the Trump campaign.

While he didn't get a full pardon, at least this way Congressman Stockman will be free, and hopefully free to tell his story.

President Trump deserves gratitude for doing this. (I scared the hell out of my son by yelling with joy when I saw the report). I can't think of any other Republican president who would have done it, even purely on humanitarian grounds. And whatever else you can say about POTUS, he just saved Congressman Stockman's life. It's a rare example of conservatives standing up for their own.

Credit should also go to Richard Viguerie and other conservative leaders who fought for him. It's a rare example of movement conservatives retrieving their wounded on the battlefield and shows what can be accomplished when Republicans don't run in terror from liberal journos and Democratic political police.