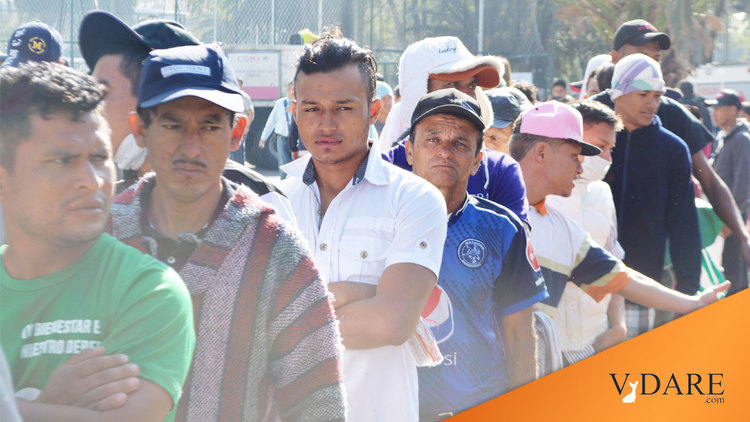 In theory, immigration policy should be just another issue we can debate. We can decide what is best for citizens, the same way we do with health care, infrastructure, defense, or anything else a government does.

Unfortunately, we aren’t really a country anymore. We can’t take for granted that our rulers are pursuing our welfare. Indeed, sometimes, they seem to be trying to harm the country on purpose. Part of that is simply because many people within this country, including some in Congress, are not American in any meaningful sense [“Conservatism” is no longer Enough, by Glenn Ellmers, The American Mind, March 24, 2021].

Thus, with immigration policy, many Americans are starting from the wrong foundation. We should be debating what potential immigrants can contribute to this country, if they are culturally similar, if they aren’t a security threat, and if we need any immigrants at all. Immigration should benefit the host country. All other considerations are irrelevant.

However, instead, the powerful simply assume that people have an inherent right to come here. Republicans may claim they want it done legally, Democrats may want to skip the pretense of the rule of law, but both ultimately end up in the same place—Open Borders.

If sufficient numbers of migrants come to his country, it ceases to be America. It just becomes a colony (or perhaps a conquest) for wherever these invaders come from. This means it will bring the same social conditions, the same strange folkways, and the same problems. It won’t make anyone’s lives better. It will just make ours worse. Perhaps that’s why our rulers pursue it so fanatically.

A real country that has a culture, people, and way of life that it is determined to protect must have strict immigration law enforcement and strong borders. If it doesn’t, we have to assume that everyone who wants to come to the country will eventually that get there.

So how many people are we talking about?

According to a new Gallup poll:

There are 33 countries in Latin America and the Caribbean. Roughly 450 million adults live in the region. Gallup asked them if they would like to move to another country permanently if they could.

This means roughly 120 million would like to migrate somewhere.

Gallup then asked them where they would like to move.

Of those who want to leave their country permanently, 35%—or 42 million—said they want to go to the United States.

This is during a time of pandemic, rising income inequality, and mass unemployment. America has nothing to gain from admitting 42 million people from some of the poorest countries on the planet. Nor can we cut off the “root causes” of immigration by making Central America economically equal to the United States. We can’t make different groups equal even when they are in the same country. How are we supposed to do it from abroad?

One answer is colonialism and ruling over them for their own good, which is a nonstarter in today’s age. The other option is to build a wall, enforce immigration laws, tax remittances, and keep them out.

We don’t have a moral obligation to force America into a race to the bottom just to make this country equal with its southern neighbors. If some argue that our moral code does necessitate Open Borders, I say we ditch a flawed moral code, not our country.