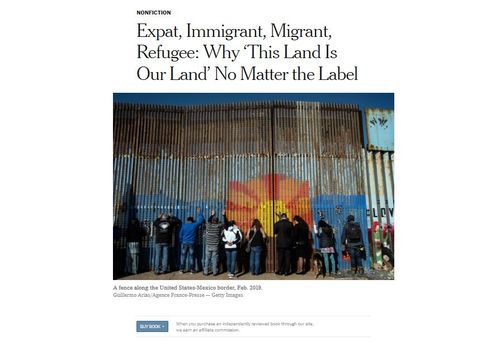 NYT: "Expat, Immigrant, Migrant, Refugee: Why ‘This Land Is Our Land’ No Matter the Label"

From the New York Times, a book review of author Suketu Mehta, whose op-ed is featured in my post below entitled The Scramble for America:'The Case for Immigration as Reparations':

Expat, Immigrant, Migrant, Refugee: Why ‘This Land Is Our Land’ No Matter the Label 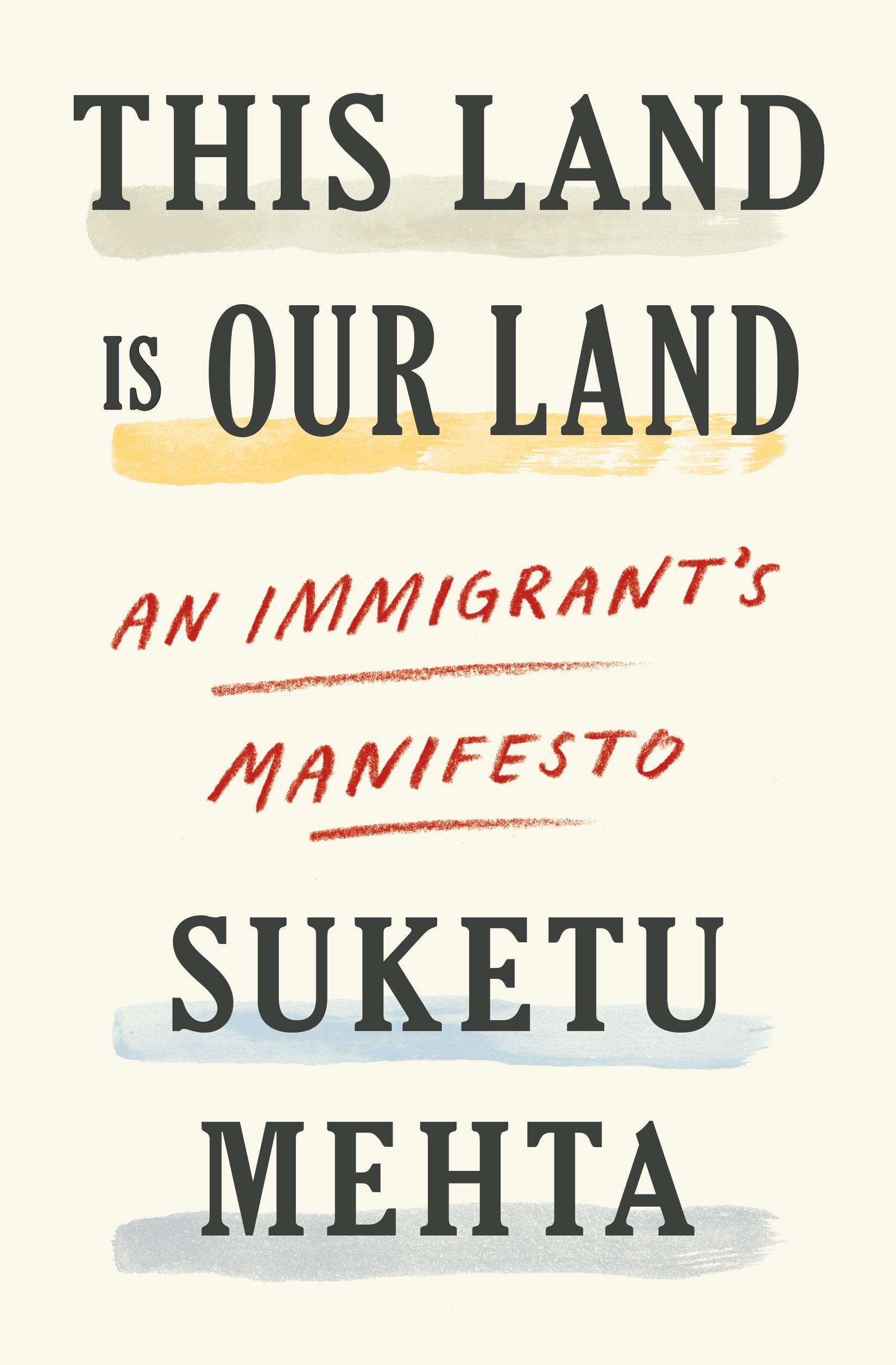 THIS LAND IS OUR LAND: An Immigrant’s Manifesto
By Suketu Mehta

In almost any other country on earth, Central Americans attempting to reach our southern border would be considered refugees, a designation that would guarantee them protection under international law. But in the United States, they are mere migrants who must, as a result of this label, fight desperately for a chance to cross over and to stay.

Such tricks of language abound in the contemporary war against migration — and against migrants themselves. Is it a border wall or a border fence? Are the teenagers who flee gang violence victims or criminals? Did the chain link separating children from their parents constitute a cage or a cell? “Etymology is destiny,” Suketu Mehta writes in “This Land Is Our Land: An Immigrant’s Manifesto,” his searing new book about migration past and present. The category a person is assigned at a border — asylee, refugee, forced migrant, economic migrant, expat, citizen — is determined by where she comes from, and will in turn decide her fate, and even, at times, whether she lives or dies.

In an age of brutal anti-immigrant rhetoric and policy, “This Land is Our Land” offers a meticulously researched and deeply felt corrective to the public narrative of who today’s migrants are, why they are coming, and what economic and historical forces have propelled them from their homes into faraway lands. We are, and always have been, a planet on the move, Mehta observes. Yet migration tripled between 1960 and 2017, and, with war, climate change and income inequality, mass migration will only get worse.

“In the 21st century, your humanity is defined by your nationality,” Mehta writes. So, too, your mortality. Mehta’s own family immigrated to New York from India in 1977, when he was a boy. In the Jackson Heights neighborhood of Queens, he found himself part of a so-called “model minority” class of Indian-American engineers and doctors, yet this didn’t spare him and his family the indignities of being new (and brown-skinned) in the United States. A teacher called him a pagan, and, during the Iran hostage crisis, a fellow teenager yelled, “[Expletive] Ayatollah,” as he and the only other Indian student in his high school walked by. “We’re Indians,” Mehta replied. “[Expletive] Gandhis!” the kid shouted.

Among other atrocities inflicted on him by whites, no doubt, somebody once asked him, “So, where ya from, buddy?” and a toddler tried to touch his hair. And in a 7th grade a dumb kid tried to cheat off him on a math test.

As reparations for these irreparable harms, all Mehtas, unto ninth cousins, thrice removed must be given visas.

And they deserve reparations and affirmative action!

The book makes a convincing argument that contemporary migration is a direct descendant of colonialism. Europeans and Americans stole gold, silver, cash crops and human beings from the places people are now fleeing en masse. People migrate, Mehta says, “because the accumulated burdens of history have rendered their homelands less and less habitable.” Put another way, “They are here because you were there.” (Though one might wonder who this “you” is — the assumed reader of this book. Do migrants not also read?)

Actually, not that much.

“This Land Is Our Land” is, in large part, a case for reparations. …

“For many countries, immigrants are, literally, the future of the nation,” Mehta writes. “The immigrant armada that is coming to your shores is actually a rescue fleet.”

Lauren Markham is the author of “The Far Away Brothers: Two Young Migrants and the Making of an American Life.”