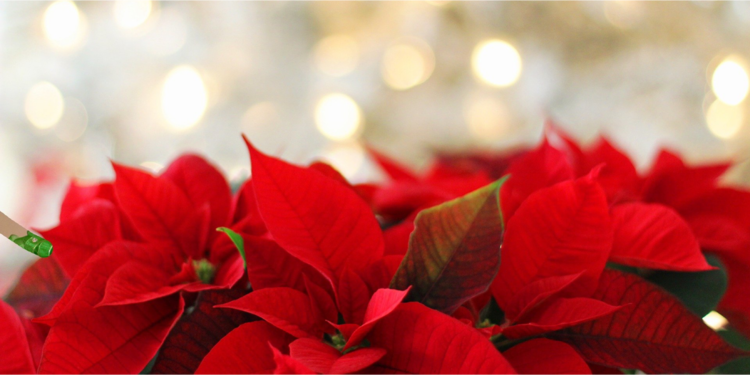 Ramsey County, Minnesota, has evicted the cuetlaxochitl, or red poinsettia, from the courthouse in St. Paul. County Manager Paul Kirkwold decided, in light of space considerations (i.e., new metal detectors) and the complaints of "humanists" in earlier years, to discontinue the symbol of (very different) Aztec and Christian sacrifices. [Poinsettia ban at courthouse has some seeing red Star Tribune (Minneapolis) Dec 5 2001]

This is far from the most outrageous attack on Christmas this year, but it does deserve several medals for irony:

Irony # 1: Poinsettias are a folk tradition borrowed from Mexicans who themselves took it from aboriginals. Yet not even the most rabid American xenophobes object to them. So why are they gone?

Irony # 2: Multiculturalism has been trumped in one of the few places it could be said to belong, sort of. St. Paul has been multicultural since the seedy Gallic trapper Pig's Eye Parrant  tussled with Major Talliaferro of Fort Snelling over boozing up the local Indians. Long an Irish dot in a Nordic sea, it welcomed those rejected elsewhere, from Al Capone at times to Jews excluded by Minneapolis covenants to tens of thousands of Indochinese refugees. (St. Paul is 10% Hmong now, and Ramsey the most Asian county east of California.)  We've hosted one of the country's largest multi-ethnic festivals * since 1932.

The courthouse itself is multicultural. Outside, it could pass for the phone company, were the real phone company not right next door. But once inside (by the way, Jared Taylor made a rare error in Paved With Good Intentions: one cannot "burn the flag on the steps of the St. Paul courthouse", as there are none), one is enveloped in an almost Oriental hall lined with black Belgian marble, leading to the world's largest onyx sculpture — Mexican onyx. The work of the pacifist Swedish sculptor Carl Milles and local stonecarver Giovanni Garatti, "Vision of Peace" depicts five American Indians smoking a peace pipe. (Er…isn't that a religious ceremony?)

Irony # 3: In the summer of 2000, St. Paul honored the late hometown hero Charles M. Schulz with a hundred or so decorated Snoopys in prominent places around town. The courthouse's own statue was entitled "Snoopy Goes to Day of the Dead"— a Mexican religious observance.

Irony # 4: Though the County Manager relented somewhat and placed poinsettias on "Vision of Peace" itself, they were of the much less popular white variety. [Anyone tell the NAACP?] That means the only splotch of forbidden festive red in Memorial Hall is now the red plastic sign, posted years ago, which informs us in equally-sized English, Hmong and Spanish that weapons are prohibited in the building.

Irony # 5: Saint Paul is named for an evangelist. The evangelist. (By tradition the city's pro sports teams were even called the Saints or Apostles.)

If the city's name isn't a problem, how can a little flower be?

VDARE.COM comments: The name's next!