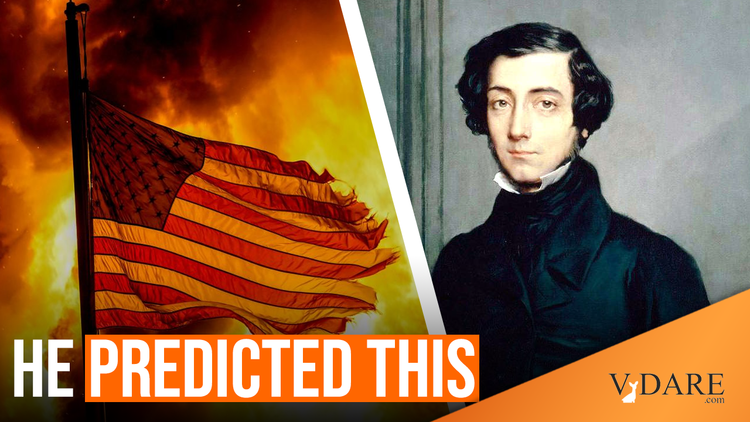 Re: Anonymous Attorney's article Time For Separation? De Tocqueville Right, Harvey Mansfield And Wife Wrong—Blacks And Whites Just Can’t All Get Along

De Tocqueville made so many shrewd observations of America.

One of these was his prediction that in America the elites would get out in front of the masses in the leftward, egalitarian movement.

He said that in a country in which a large percentage of the country votes, the elites will become more leftist (he didn't use that word) than the masses themselves.

This has certainly been the case.

One wonders why—if they really believe what they say—Blacks would not welcome escaping from the horrible Whites.

But the truth is the average Black has a greater awareness of the real than the average White who is misled by abstract thinking and formal education.

My belief is that overwhelmingly Blacks are aware of how they are conning Whites and that the narrative is a lie.