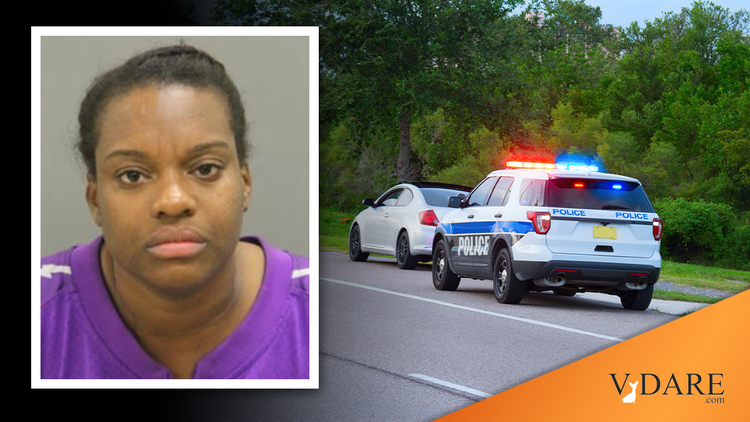 A Texas Reader Says ALL Arrests Of Of Blacks Have Become Dangerous: A Black Woman Hit 3 Cops With Her SUV Because She Saw A Traffic Stop

Yep.  Paul Kersey is right.  You can no longer stop or arrest blacks for anything.

A woman allegedly hit three Chicago police officers with her SUV Wednesday while intervening in a South Side traffic stop.

Shortly after officers stopped a driver at 11 a.m., Dawn Moore pulled up in an SUV and told officers she knew the man and demanded they release him, Chicago police spokeswoman Kellie Bartoli said in an email.

Officers told the 30-year-old woman to leave, since she was blocking traffic, while they questioned the man regarding a minor traffic violation in the 10500 block of South State Street, Bartoli said.

But instead, Moore drove her 2020 Jeep Wrangler Rubicon into a squad car, sideswiping it, and then tried to run over an officer, Bartoli said. Moore allegedly made a U-turn and struck another squad car as an officer was exiting. She then drove off. [More]

And black bystanders at an arrest are always dangerous, too. But this is a crazy level of escalation.