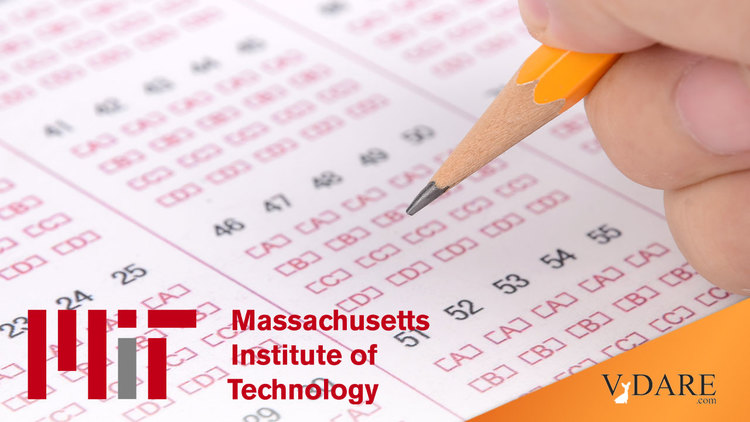 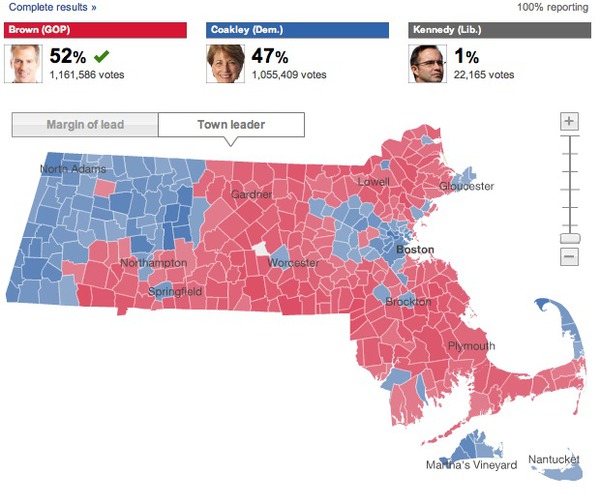 Provincetown, at the tip of Cape Cod, is the leading gay resort on the East Coast. The Dems only carried Provincetown and vicinity, losing most of the peninsula, including areas with more wealth than Provincetown, such as Chatham and of course, Hyannisport. Downtown Provincetown is dark blue, the next area is medium blue, and the bottom of the Provincetown neck is light blue.

As for Nantucket, which is only light blue, meaning a slim Dem majority, the white year-rounders probably voted Republican but were outnumbered by the Brazilians. (The summer residents are in Palm Beach, etc.) The eastern part of Martha's Vineyard is also light blue. The heavily Jewish resorts are in the center and west of the island, which is medium blue. Otherwise, there are no medium or dark blue towns on the entire shoreline. The entire south shore is red, and on the north shore only the depressed fishing towns of Rockport and Gloucester, and immigrant-infested Lynn, Salem and Newburyport, are light blue. The high-income north shore towns of Marblehead and Ipswich are dark red.

I don't understand what happened in western MA. There are quite a few New Yorkers with weekend homes in the Berkshires, but the Dems won away from the resorts as well. Perhaps they watch Albany, Hartford and New York City TV stations, where there were no Brown ads and no local campaign coverage. The blue/red map looks like a TV reception map.

In conclusion, income doesn't appear to be the determinative factor. Whites, both high or middle income, voted Republican, while Jews, gays, blacks, Hispanics and some machine white ethnics voted Democrat.

The year-round people on Cape Cod are mostly middle and working class—the classic "little platoon" types.  Just great people.  Plus, Hyannis has a lot of Brazilians, thanks to Teddy, so Brown would get the immigration enforcement vote there.  (Here's a story about a Brazilian stolen vehicle ring in Hyannis—the kind of thing that doesn't make the Boston Globe).

On Cape Cod, there is actually a lot of local resentment toward the Kennedys.  Cape Cod also has a lot of seasonal immigrant workers, who take some of the good waitressing summer work with good tips, the kind of jobs that used to go to American students.

The Berkshires is what really surprised me because it has always been more conservative.  They had the state's only GOP congressman for years (Silvio Conte).  They even have a quixotic secessionist movement because they're tired of all their tax money going to Boston.

But Democratic candidate Martha Coakley is originally from the Berkshires (born in Pittsfield, grew up in North Adams, the biggest city) and having someone local run for Senate must have played well out there.