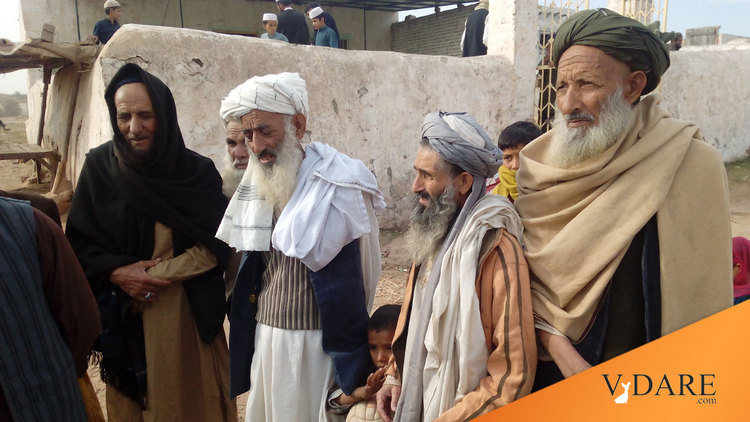 From: Michael Kenny [email him]

The successful occupations of Germany and Japan had nothing to do their being "civilized". It has to do with the fact that both countries were militarily defeated and their economic infrastructure totally destroyed. The occupation began only after the fighting was over and there was no long land war in either country's territory, nor a guerilla war after the occupation had begun, so very few atrocities or incidents of "collateral damage" occurred.

And, of course, as you point out, both were threatened by powers considered even worse than the US (and in Germany's case, Britain and France). Moreover, the US was paying for the reconstruction of both countries. None of that is true in Afghanistan.

As for "civilized", if Germany and Japan were so civilized, why were large numbers of its leaders, and even fairly low-ranking officials, put on trial and, in some cases executed? Indeed, such trials still continue to the present day, at least as far as Germany is concerned. And, of course, what's so "civilized" about Auschwitz?

James Fulford writes: I have criticized both the  mass-murdering, militaristic tendencies of the Germans ,  and the atrocities of the Japanese (repeatedly). However, civilized is not the opposite of evil. You can be evil and civilized, or uncivilized and harmless.

Both Germany and Japan had done horrible things, but the point is that they were organized as civil societies, with a real political structure. When they weren’t invading Nanking or Poland, they were staying at home building modern cities and factories,  as well as quasi-modern political systems.

These may have been a little on the imperial, autocratic side, even before the WWII era, but they weren’t gangs of warring tribes with no laws, and very little government, which is what Afghanistan is. See Afghanistan: The Future Is Feudal! and  Afghans And The American Racial Dilemma.

In spite of the Marshall Plan and similar programs in Japan, the Germans and Japanese did most of their own reconstruction. By contrast, the US is paying for, not the reconstruction, but the construction of the elements of civilization in Afghanistan. I consider this a waste of money.