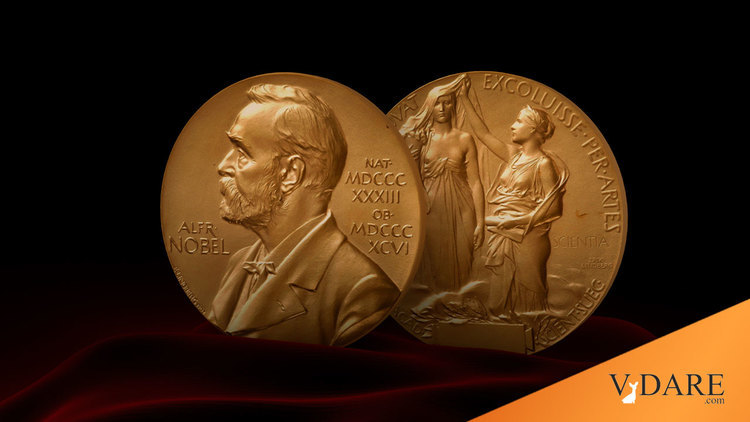 Re: John Derbyshire Says If There Is Hope, It Lies In The Comment Threads

Under the constraints of Political Correctness, the news media routinely omit information essential to understanding their reports. Anyone who relied on such reports alone would be poorly informed and thoroughly brainwashed. Fortunately, comment threads permit knowledgeable individuals to tell "the rest of the story", as Paul Harvey used to say.

Take, for example, two articles that appeared recently in the Telegraph. In the first, Theresa May, the open borders Home Secretary in David Cameron's open borders government is "shocked, shocked" to discover that there are more than 20,000 slaves in the UK. [Theresa May says tens of thousands held as modern slaves in Britain By Patrick Sawer, Nov 29,2014]From the article itself, one might imagine that English people are doing the enslaving.Fortunately, the commenters get right to the point: the slaves and the slave owners are all foreigners. In the other article, about James Watson offering his Nobel Prize for sale, the commenters provide salient facts about racial IQ differences, which no reporter or editor would dare report accurately.[James Watson to sell Nobel prize medal he won for double helix discovery, by Rob Crilly, November 27, 2014]

It appears that the media businesses have concluded that not providing a comment thread places a website at a competitive disadvantage. I think they are correct, considering the frivolity and overt bias of much of their reporting. They are also at a loss to figure out what to do about it.

Comment threads that are censored, such as those on RedState and FreeRepublic, have to rely either on dedicated comrades or well-paid employees who understand English better than the Indian analyst I heard this week on Bloomberg radio talking about when the "big lady sings". Automated censorship is easy to circumvent by using alternate characters in censored words or phrases. If the censorship is not immediate, a thread often winds up reading like a redacted document.

The recent election results, which were 15%-20% to the right of most polls and predictions, must terrify the news management apparatus. What good is near total control of the news business if the majority of voters can find an alternative point of view simply by scrolling down to the comments on their web devices? Consumers never had that ability in the old days when they got their news from television or newspapers.

The solution increasingly will be to seek government regulation of the Internet. It will be sold as "net neutrality", suppression of child pornography, or national security, but the ultimate real goal will be to suppress political dissent.