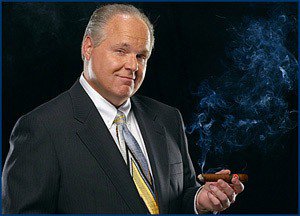 There was an outstanding Limbaugh show today. Limbaugh may have disappointed in the past, but today he was hitting hard on issues that concern VDARE.com readers.

Krikorian writes: "The truth or falsity of these claims is almost beside the point, because Jeb’s preference for immigrants over Americans is based on emotion, not reason. Despite what some might say, the problem here is not that Jeb’s wife is from Mexico, their kids grew up speaking Spanish, and they live in a Latin American cultural enclave in the US— it’s that he wants to use government policy to 'fix' America by making it more like Miami.

"If Jeb had so little affection for and grounding in his own heritage that he wanted to assimilate into a Latin-American milieu, that’s a perfectly legitimate choice; I know a number of non-Armenians—" Krikorian is Armenian "—who’ve basically chosen to assimilate into Armenian life. But to try to impose that personal choice on the nation as a whole is beyond the pale. We don’t need another president who thinks Americans are defective and need to be fixed by the State.” [Do Obama and Jeb Share a Worldview? February 25, 2015]

But the clean bill, when we get to appeals of this judge's ruling, and those appeals will eventually get to the substance of it, a future court sees that Congress authorized the full funding of the Department of Homeland Security, it would be a snap to overturn this judge [Hanen] and any other court that upholds him because the will of Congress. And that's what courts look at, the will of the people as expressed by votes in Congress.

If both houses of Congress authorize the full funding of Department of Homeland Security, this case is over. There's no court down the road that is going to continue to hold for the judge who ordered the stay. But if the Congress refuses to give the clean bill, and if a clean bill doesn't therefore come out of Congress, then the will of Congress cannot be said to be full funding of Homeland Security. That's why it's crucial that Boehner hang on. That and a number of other reasons. [Why Democrats Want a Clean Bill, February 25, 2015]

Contempt For The Base

RUSH: They think, based on this last election, the base is gonna show up no matter what. I am convinced they think that. I'm convinced they're not worried about losing the base.

CALLER: I think they're very wrong.

RUSH: And I think even further, I think there's a sizable percentage of the Republican leadership that wouldn't mind losing the base, even if it meant being in the wilderness for two or three elections.

CALLER: Oh, I think perhaps it could be longer than that, forever. [What's Motivating Republicans, February 25, 2015]