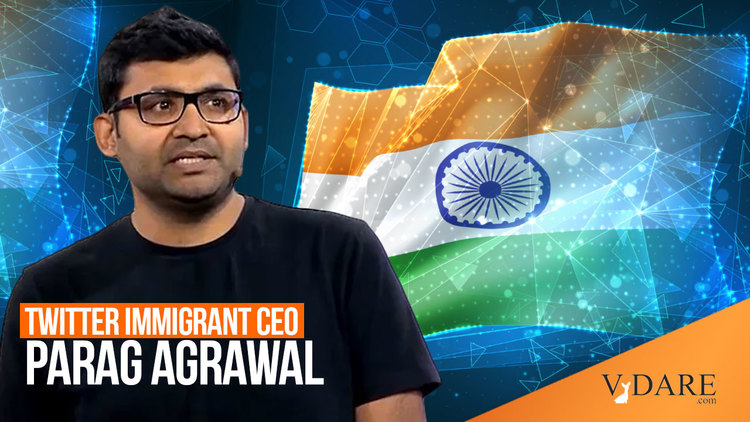 Re: My Readers (American And Indian) Comment On "The Indian CEO Virus"

From: A Retired American Software Engineer [Email him]

Before retiring I worked for 37 years as a software engineer in greater Boston and (latterly) in Florida.

My experience with Indians as engineers was mostly good, as many of them here are very smart and work very hard.

But later in my career, when "certifications" of all kinds became demanded, one Indian contractor told me that many of them cheat on these tests, and even help each other by pretending to be someone else in (say) a phone interview. They do often work together, partly I believe, to cover up some incompetence. Their generally good English helps them greatly to be glib and fool people.

I then started to see how much of their exaggerated subservience was just an act.

But then we could talk about the Chinese....

James Fulford writes: Importing allegedly high-IQ and hardworking foreigners means importing their cultural traditions, too. For example if we did talk about the Chinese, we could reference my posts China's Long "Traditions Of Scholarship" Backed By JUST AS LONG Traditions Of Cheating and Chinese IQ Is Real, But So Is Their Thousand-Year Tradition Of Exam Cheating

As far as India's cultural traditions are concerned, we've talked about that too, in the form of India's caste system, which is being imported to America, and specifically Silicon Valley: VDARE.com Roundup: Indian Caste Discrimination, Indian IQ, And Indian Affirmative Action.

The caste system means Indians are likely to support (including by cheating, etc.) members of their own cased, and discriminate (illegally, under American law) against other castes. Maybe employers should go back to hiring regular Americans.